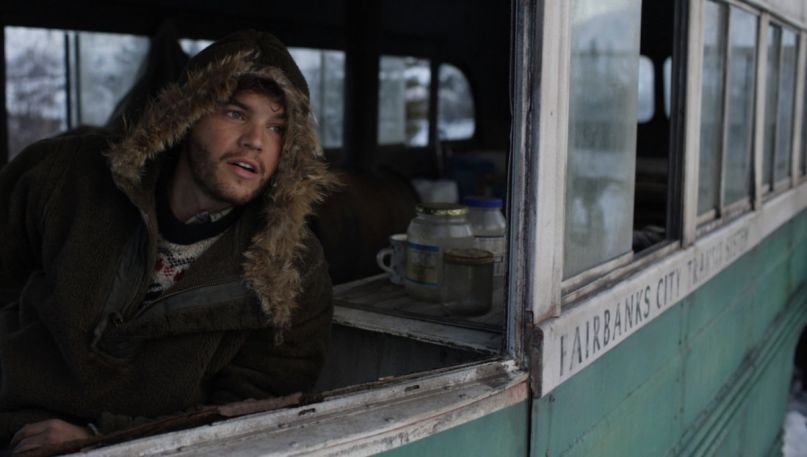 Into the Wild (Paramount Vantage)

Last week, the ramshackle bus made famous by Into the Wild was airlifted out of Alaska’s Denali National Park due to public safety concerns. Now, the vehicle is in search of a new home and Into the Wild actor Emile Hirsch has an ingenious idea for one: in his very own backyard.

Following the release of the 2007 film (itself based on Jon Krakauer’s book), the vehicle became a tourist attraction, albeit a dangerous one due to its remote location. Many have risked their lives to visit the area, and just last summer, one woman died while attempting see the bus up close and personal.

In an interview with TMZ, Hirsch admitted he was sad to see the bus be removed from the Alaskan wilderness, explaining that “the symbolism [of it] has had a huge impact” on people all over the world. However, the 35-year-old actor completely understood the safety concerns surrounding the decrepit vehicle, and acknowledged that “part of me felt like this was the next chapter for the bus… I was kind of excited to see what would happen next.”

An abandoned city bus, made famous by the book “Into the Wild” and the movie of the same name, was airlifted out of the Alaska backcountry.

The bus has long attracted adventurers to the area. Some have had to be rescued or have died. https://t.co/Sywx2tRlsA pic.twitter.com/KNhezFliuN

Hirsch, who played the role of real-life hiker Christoper McCandless, said he hopes the Alaska Army National Guard “put the bus in an area that people can still visit safely,” adding, “I’d be really sad if they cut it up and sold it for scrap metal.” When asked by TMZ where he’d place the bus if he had a choice, Hirsch replied, “I’d say my backyard!”

While a nice, sentimental thought, Hirsch quickly aired out some of his worries were the Fairbanks Bus 142 to actually end up on his property one day. “I don’t know if I could handle all the visitors,” he remarked with a smile. “My house would be block party for the rest of my life.”

Watch the full interview on TMZ. Purchase the Into the Wild movie here and Krakauer’s book here.