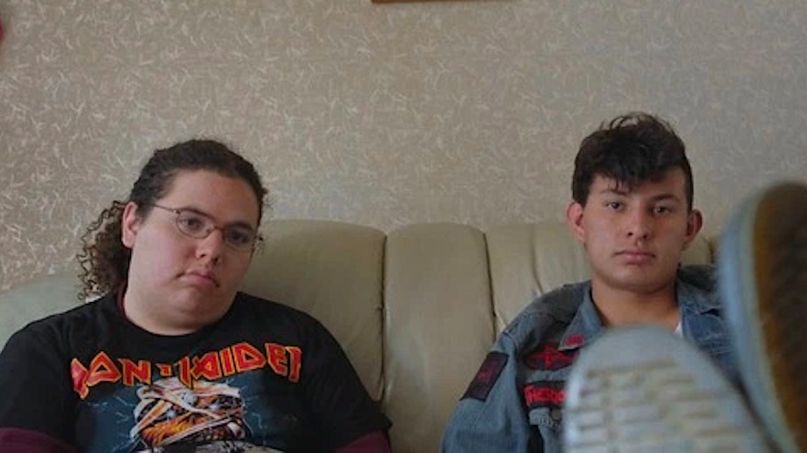 Night of the Beast movie still, via Fidelio Films

A new movie based on two teenagers trying to make their way to the first-ever Iron Maiden concert in Colombia has been picked up by film company M-appeal. The movie, titled The Night of the Beast, is currently in post-production.

According to Variety, the narrative film centers on Bogotá teenagers Vargas and Chuki, who head out to see an Iron Maiden show in Colombia. While the movie itself is fictional, it is based on true events of 2008, when metalheads journeyed to see the iconic metal band play its first concert in the Latin American country.

The movie is directed by Mauricio Leiva-Cock, who is the showrunner for the Netflix series Green Frontier. In describing The Night of the Beast, Leiva-Cock said, “It’s not the Colombian film that is usually seen through festivals. It doesn’t have the usual norms. It’s not a film about poverty, violence or death; it’s a film about two teenagers going to a metal concert. Sometimes people don’t see these stories fitting into our narrative, when to me they are as much ours as anyone else’s.”

The film focuses on the relationship between the two friends, with Leiva-Cock adding, “We got a note after a test group that the main characters should be tougher and meaner. … It’s a stereotype which is deeply false. We worked with many metalheads and it’s [a] huge group filled with everything, but especially immensely clever and self-educated people.”

An official synopsis reads: “Two young metalheads coast aimlessly through Bogotá’s alleys on the day of Iron Maiden’s first ever concert in Colombia. Their day is wrecked and their friendship is tested when hoodlums steal their most valued possession: the tickets to see their favorite band perform live.”

Iron Maiden’s music will be featured in the movie, with such songs as “Aces High” and “The Trooper” mentioned in the Variety article. The soundtrack will also include tracks by Colombian metal bands like Vein, Agony, Masacre, Darkness, and La Pestilencia.

As of now, no release date has been announced for the movie, which is being produced by Fidelio Films.

Meanwhile, Iron Maiden recently postponed all of their 2020 shows due to the pandemic, and have already rescheduled many of the dates for 2021.