The horror legend wrote in a tweet, "Yes. Trans women are women." 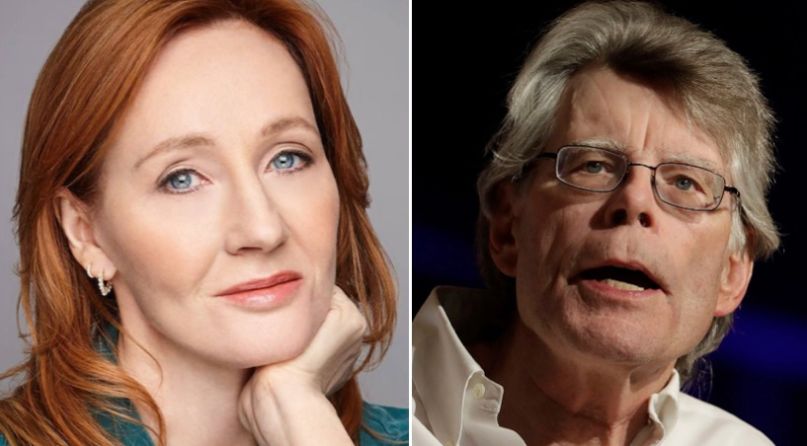 Following a series of transphobic statements, Harry Potter author J.K. Rowling has essentially found herself ostracized from the very world that she created. All three principal Harry Potter actors — Daniel Radcliffe, Emma Watson, and Rupert Grint — have issued statements condemning Rowling’s comments, as has Eddie Redmayne, the star of Rowling’s Fantastic Beasts offshoot series. So when fellow literary giant Stephen King seemingly threw Rowling a lifeline by publicly retweeting her, you could understand her excitement. And yet, just three clicks later, King found himself blocked by Rowling.

It all began over the weekend when King retweeted a Rowling’s tweet which quoted feminist writer Andrea Dworkin. “Men often react to women’s words — speaking and writing — as if they were acts of violence; sometimes men react to women’s words with violence,” Rowing quoted Dworkin as writing. She then added her own addendum, tweeting, “It isn’t hateful for women speak about their own experiences, nor do they deserve shaming for doing so.”

A seemingly innocuous tweet with a sentiment that anyone can get behind, which is probably why horror legend Stephen King shared it himself. Upon noticing his retweet, Rowling expressed her appreciation, responding in a new message, “I’ve always revered @StephenKing, but today my love reached — maybe not Annie Wikes levels — but new heights. It’s so much easier for men to ignore women’s concerns, or to belittle them, but I won’t ever forget the men who stood up when they didn’t need to. Thank you, Stephen.”

While Rowling has seen better days, King finds himself as popular as ever, with more film and TV adaptations in development than one can count. You can keep track of all the latest ongoings in the Stephen King Universe by subscribing to our Losers Club podcast.

Unbelievable: Stephen King retweeted one of JKR’s tweets today. She got so excited that a single celebrity finally backed up her views with a mere RT that she wrote a whole thank you