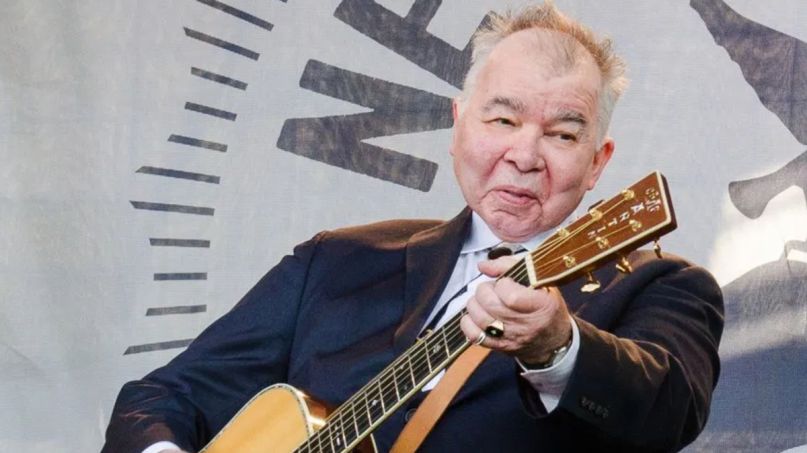 John Prine has long been heralded as a man of wise words and even sweeter songs. Now, he will be forever remembered for such. Earlier today, Illinois Governor JB Pritzker announced that the Maywood-born singer-songwriter will be named an Honorary Poet Laureate, making him the first in Illinois’ history.

“It’s my honor to name our state’s first honorary poet laureate,” tweeted Governor Pritzker. “John Prine leaves behind an unparalleled musical legacy and was beloved by family and millions of fans who hope that in Heaven he finds Paradise waitin’ just as he longed for.”

Prine learned how to play guitar at the Old Town School of Music in Chicago, and following a brief stint in the military, he worked in the city as a mailman. While on his routes, he wrote songs in his head. Eventually, Prine began performing live at open mic nights, amassing a cult following and becoming a central figure in Chicago’s folk revival scene.

He eventually moved south to Nashville in the early ’80s, but frequently came back to visit Chicago as well as his hometown of Maywood. He was inducted into the Songwriters Hall of Fame in 2019 and received a Lifetime Achievement Grammy in 2020. But come April of this year, he passed away after a battle with pneumonia and COVID-19.

“I have no doubt that John would be proud and delighted to receive this recognition from his home state of Illinois,” said his widow Fiona Whelan Prine in a statement. “John had great respect for writers of all kinds. He regarded poets as being among those whose work carried weight, relevance and elevated craft. It is such an honor for me, our sons and the entire Prine family to acknowledge that our beloved John will be named an Honorary Poet Laureate of the State of Illinois. Thank you, Governor Pritzker, for this wonderful recognition.”

After learning of Prine’s death, the music community churned out dozens of tributes in honor of the country and folk artist. Everyone from Bruce Springsteen and Brandi Carlile to Norah Jones and Phoebe Bridgers shared personal covers of his songs. Fans were treated to one last gem from Prine this month, the posthumous single “I Remember Everything”, which earned him his first No. 1 single and is already one of the best songs of the year.

It’s also my honor to name our state’s first honorary poet laureate. John Prine leaves behind an unparalleled musical legacy and was beloved by family and millions of fans who hope that in Heaven he finds Paradise waitin’ just as he longed for. pic.twitter.com/5RSoDCrgrZ

Previous Story
Mel Brooks Pays Tribute to Carl Reiner: “I Met Him in 1950 […] and We’ve Been Best Friends Ever Since. I Loved Him.”
Next Story
Mythbusters Host Adam Savage Accused of Sexually Abusing His Sister
Popular
More Stories
[fu-upload-form form_layout="media" title="Submit Your Photo"][input type="hidden" name="ugc" value="1"][/fu-upload-form]