The follow-up to debut album Classical Notions of Happiness 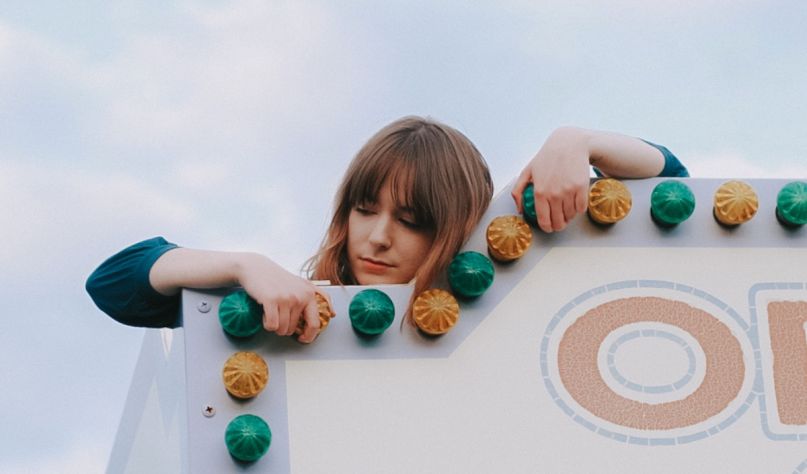 Jordana hasn’t wasted any time since signing on with label Grand Jury in January. This past spring the bedroom pop artist re-released her debut album, Classical Notions of Happiness, and now, she’s prepping a new follow-up EP. Titled Something to Say, it’s slated for arrival next month.

According to Jordana, who just recently celebrated her 20th birthday, the forthcoming EP is a natural progression from the work found on Classical Notions. “I saw that I was growing; my sound was growing,” she remarked in a statement. “As soon as we finished [album bonus track] ‘Crunch’ in the studio, we were like, ‘This was the best thing that we’ve ever made, ever, and I want to do more of it.’”

Listeners heard “more of it” on last month’s “I’ll Take It Boring”, the first official preview of Something to Say. A second single, “Big”, is here and sees the promising young musician carefully considering just how vulnerable and explicit she should be.

“I feel like it’s at the perfect level I want it to be, where it’s not too personal, but it’s not cheesy,” Jordana remarked. “Sometimes it’s scary to be too personal. Being vague for this EP was the right way to go, because whatever doesn’t make up for it in the lyrics definitely does in instrumentation, beat-wise, harmonies and everything.”

Below, stream “Big” via its Ethan Nelson-directed video.

Something to Say lands July 31st and pre-orders are available. A second EP is expected sometime this fall.

Something to Say EP Artwork:

Previous Story
This Is the Kit Announces New Album Off Off On, Shares “This Is What You Did”: Stream
Next Story
After Fan Outcry, Virgil Abloh’s Hideous Album Cover for Pop Smoke Will Be Changed
Popular
More Stories
[fu-upload-form form_layout="media" title="Submit Your Photo"][input type="hidden" name="ugc" value="1"][/fu-upload-form]