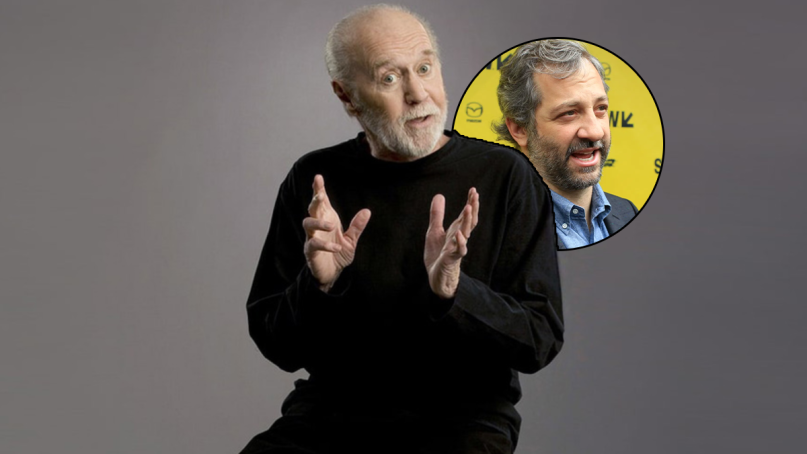 Judd Apatow is going from a project centered around the latest Saturday Night Live breakout star to one about the show’s first-ever host. The filmmaker’s follow-up to the Pete Davidson-starring King of Staten Island will be a documentary on the late, great George Carlin.

Apatow revealed the news in an interview with The Boston Globe. “I’m about to start work with my partner Michael Bonfiglio on a documentary about George Carlin,” he told the newspaper. “So I’m looking forward to watching a lot of Carlin interviews and specials. I think his work turned out to be very prophetic.”

Update – August 10th: The two-part documentary will premiere on HBO.

Known as the dean of counterculture comedians, Carlin’s insightful wit and ability to poke fun at societal flaws with the silver tongue of a dialectician made him an icon of stand-up. He produced 14 specials for HBO beginning in 1977, and was the first person to host SNL in 1975. His landmark “seven dirty words” routine not only won him acclaim for how he addressed the politics of indecency, but was actually used as evidence in the Supreme court censorship case which led to many of today’s FCC rules.

Carlin also starred in a number of films, including Kevin Smith’s Dogma and the original Bill & Ted films (Apparently, repurposed footage of Carlin will be used in the upcoming Bill & Ted 3 reboot). He died of a heart attack on June 22nd, 2008 at the age of 71.

Apatow and Bonfiglio are longtime collaborators and have worked on a handful of documentaries together. They teamed on the The Zen Diaries of Garry Shandling, with the former directing and the latter co-executive producing, and co-directed the Avett Brothers doc May It Last. They also co-directed the 30 for 30 film Doc & Darryl.