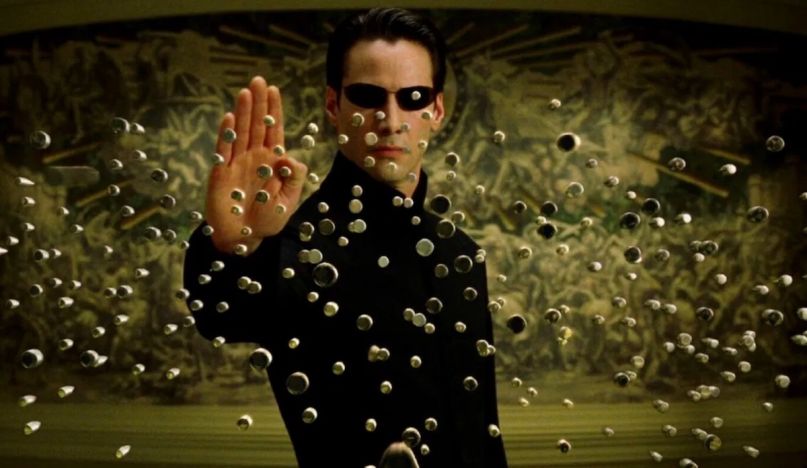 Almost two decades later, Keanu Reeves is set to reprise his role as Neo in the upcoming film The Matrix 4.  While franchise actors sometimes stick around due to nostalgia or a fat paycheck, these weren’t Reeves’ reasons to return for the upcoming sequel. In a new interview, he said it was the script’s “wonderful story” that convinced him to join the Warner Bros. reboot.

“Lana Wachowski wrote a beautiful script and a wonderful story that resonated with me,” Reeves explained to Empire. “That’s the only reason to do it. To work with her again is just amazing.”

The 55-year-old actor also suggested The Matrix 4 plot could provide “meaningful” modern-day lessons to fans. “It’s been really special, and the story has, I think, some meaningful things to say, and that we can take some nourishment from,” said Reeves.

Firm story details for the fourth installment in the Matrix franchise have been kept tightly under wraps. But, as IndieWire notes, there have been rumors brewing “that time travel is involved and somehow a younger iteration of the Morpheus character is involved.”

Either way, Reeves isn’t alone in his praise for the secret storyline, which was co-written by franchise co-creator Wachowski, Aleksandar Hemon, and Cloud Atlas novelist David Mitchell. Carrie-Anne Moss, who is also coming back as Trinity, similarly gushed about the script.

Although production on the film remains shutdown due to COVID-19, The Matrix 4 is still expected to open in theaters May 21st, 2021. In addition to overseeing the script, Wachowski serves as director; she and sister Lilly split the directing and writing duties for all three films of the Matrix trilogy. Reeves and Moss will be joined by new cast members Yahya Abdul-Mateen II (Aquaman), Jonathan Groff (Mindhunter), Jessica Henwick (Game of Thrones), and Neil Patrick Harris.

While waiting for the film, perhaps consider braving the simulation that is 2020 with this nifty face mask. All sales support Consequence of Sound, an independently owned company, and MusiCares’ COVID-19 Artist Relief Fund. Also, head here to purchase the full Matrix trilogy.