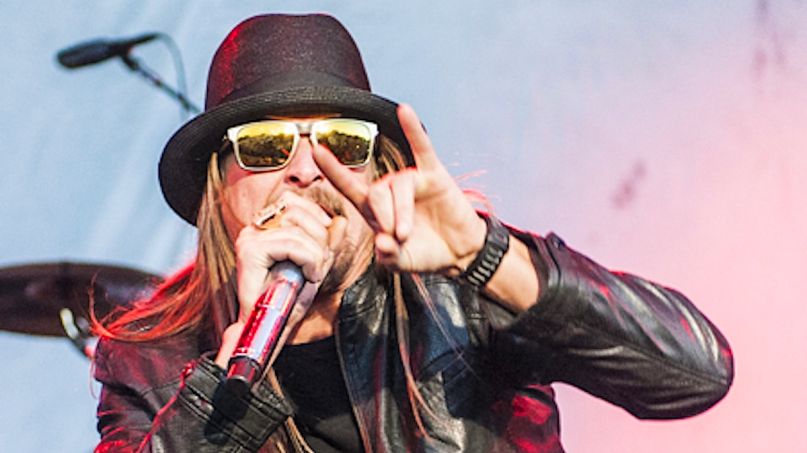 Earlier this year, Kid Rock’s Big Honky Tonk and Steakhouse was one of a handful of Nashville establishments that refused to close despite Mayor’s orders as the COVID-19 pandemic first hit the city. Now, the very same tavern has had its beer permit suspended for violating social distancing guidelines upon re-opening.

According to the Tennessean, Kid Rock’s Big Honky Tonk and Steakhouse, along with Broadway Brewhouse and Nudie’s Honky Tonk, were spotted serving patrons alcohol at their bars this past weekend. As part of Phase 2 of Nashville’s re-opening plan, a public health emergency plan bans people from sitting at bars.

“They were in violation of two points of the order that states bar areas must remain closed to the public,” inspector Melvin Brown explained. “No interaction with the public is allowed, and alcohol can only be served at tables and booths.”

As a result of the violations, all three taverns were issued a five-day suspension of their beer permits on Thursday (June 18th), with the inspector promising to return to the locations to ensure they are not committing any further violations.

It appears that Kid Rock’s bar may have committed a further violation, however, as Metro Public Health Bureau Director Hugh Atkins added, “[Public Health Director] Dr. Michael Caldwell conducted a walk-through at Kid Rock’s and received a subsequent complaint. We have, in daily press briefings from the mayor’s office, emphasized the requirements of the orders.”

Along with the beer-permit suspension, each business faces up to a $1,000 fine. Nashville is expected to enter Phase 3 of its re-opening plan on Monday, which would allow seating at bars at 50-percent capacity.

Steve Smith, who co-owns Kid Rock’s Big Ass Honky Tonk with Kid Rock, told the Tennessean, “The Nashville government is, like, communist. They’ve got us behind a Berlin Wall. We met with Mayor Cooper and the doctors weeks ago and explained how having bar service is safer than table service.”

Back in March, Smith justified the decision to stay open at the time by saying that an elderly customer at another one of his establishments “mentioned having lived through the polio epidemic and didn’t recall such extreme measures being handed down in history.”

It’s been a rough year for Kid Rock when it comes to his restaurants and bars. Back in December, he decided not to renew his license for his Made in Detroit restaurant at the Little Caesars Arena following backlash he received for a profane rant against Oprah Winfrey. While onstage at his aforementioned Kid Rock’s Big Honky Tonk and Steakhouse, the singer blurted out, “Oprah Winfrey, she’s like, ‘I’m gonna get white women to believe in this shit.’ Well, f**k her, she can suck d**k sideways.”

Kid Rock insisted his Oprah rant wasn’t racist, and that he was just upset about the booking policy on her talk show. Nonetheless, amid protests from local Detroit leaders, he decided to shut down the restaurant effective in April. As it is, it probably ended up being a lucky decision for Kid Rock, as a restaurant in a basketball arena wouldn’t have faired very well during this pandemic.