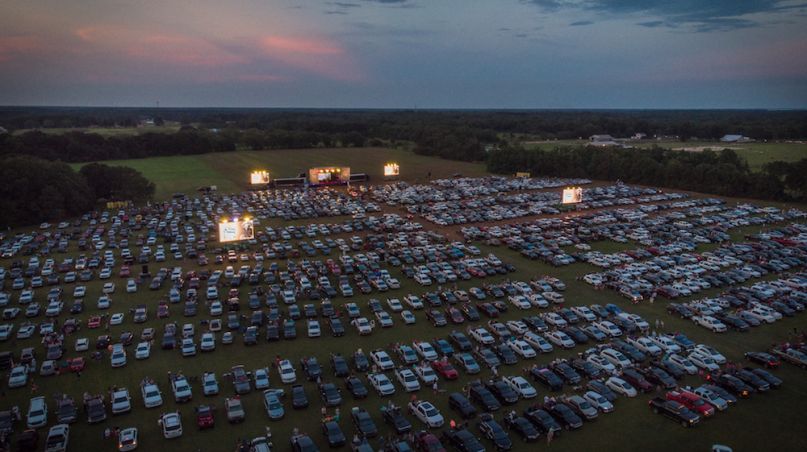 “Live from the Drive-In” comes to three US cities — Indianapolis, Nashville, and St. Louis — between July 10th-12th, featuring a rotating headlining artist each day.

Paisley will kick off the St. Louis series, taking place at The Hollywood Casino Amphitheater, on July 10th. Following a performance by El Monstero on the 11th, Nelly will wrap up the weekend on Sunday the 12th with a 20th anniversary celebration of Country Grammar.

Pardi will headline the July 10th show at Nashville’s Nissan Stadium, followed by Paisley on the 11th and Rucker on the 12th.

“Live from the Drive-In” is the first major event produced by Live Nation since the COVID-19 pandemic brought the live music industry to a standstill. Though most major concerts and festivals have been postponed until 2021, Live Nation has been exploring ways to stage socially-distant events in the interim, and drive-in concerts have emerged as one of the more appealing options.

According to a press release, fans can expect contactless ticket scanning through their window when they pull into the venue and then will be shown to their designated tailgate area where they can park and enjoy the show from their own marked-off space. They’ll be allowed to bring chairs, food and drinks into the event.

All artists will be performing full live sets on stages set up in the parking lots of each of the venues. The events will also feature full LED screens and speakers throughout the venue. Additional details can be found here.