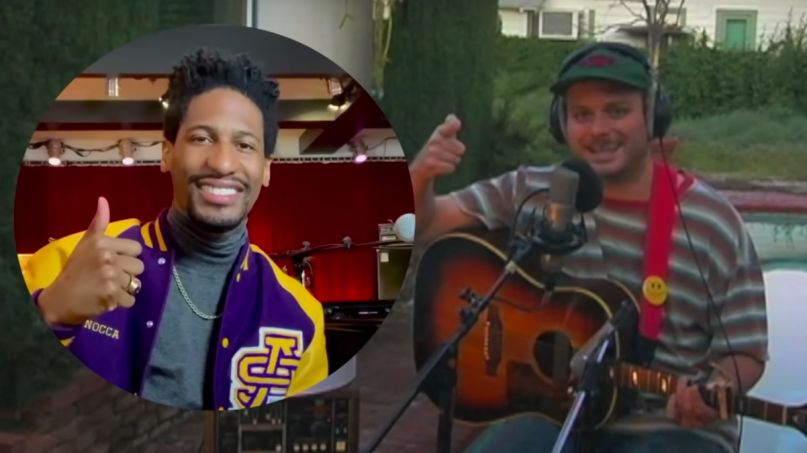 Despite going on a two-week hiatus, The Late Show with Stephen Colbert will continue to release new performance videos as part of its ongoing #PlayAtHome series. The latest installment sees Mac DeMarco debuting a new song called “Fooled by Love”.

DeMarco dropped his latest album, Here Comes the Cowboy, back in 2019. Since that time, he’s produced a song for The Voidz and directed a music video for Iggy Pop. Up next he has not one, but two new Cowboy-related demo albums coming for Record Store Day.

As for Batiste, he recently joined our own Kyle Meredith for an interview on his newly launched bi-weekly series on Consequence of Sound’s Instagram. (Wearing the same Lakers jacket he had on for the at-home performance, no less.) Incidentally, DeMarco appeared on the Kyle Meredith with… podcast last year to discuss Here Comes the Cowboy. Revisit both conversations ahead.