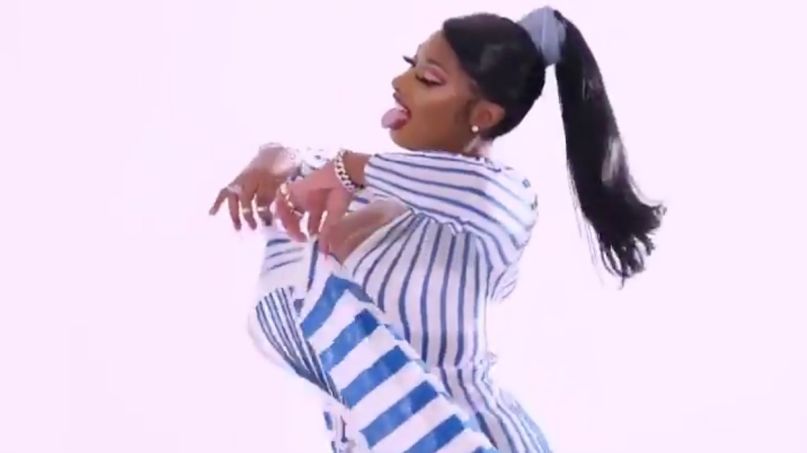 Megan Thee Stallion is ready to break the internet… again. The Houston rapper has just released her latest single, “Girls in the Hood”, which flips Eazy-E’s classic rap hit “Boyz-n-the-Hood” on its head.

“Girls in the Hood” is an obvious nod to Eazy-E’s famous single both in name and in sound. The track warps the original number’s backing track into something fresh and modern. Of course, Megan Thee Stallion makes the music into something memorable by turning rapid-fire verses into a straight-up vocal flex, flaunting her skills not just as a rapper, but as a musical artist who continues to climb the charts. Hear it for yourself below.

This is the latest instance of Megan Thee Stallion stealing the spotlight in the midst of a pandemic. She dropped her star-studded album Suga in March to high praise, rapped alongside DaBaby in April, continued to run the world when Beyoncé jumped on her “Savage” remix, and even performed at a virtual graduation ceremony hosted by the Obamas.

Previous Story
Sevendust Return with Cover of Soundgarden’s “The Day I Tried to Live”: Stream
Next Story
BLACKPINK Return with New Single “How You Like That”: Stream
Popular
More Stories
[fu-upload-form form_layout="media" title="Submit Your Photo"][input type="hidden" name="ugc" value="1"][/fu-upload-form]