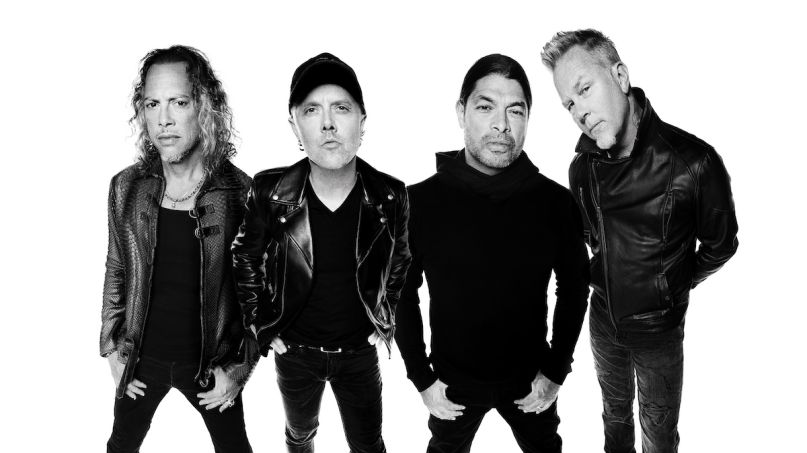 An enterprising YouTuber has given the world a “new” Metallica song with lyrics written entirely by a bot. Thanks to parody musician Kirt Connor (under his Funk Turkey pseudonym), we now have the modern thrash-terpiece “Deliverance Rides”.

As Connor explained in his YouTube description, “Using lyrics.rip to scrape the Genius Lyrics Database, I made a Markov Chain write Metallica lyrics. This is the end result — ‘Deliverance Rides’.”

To break it down, lyrics.rip is a site that lets you plug in any artist’s name and it will churn out lyrics for a “new” song based on that act’s existing lyrics. A Markov Chain, according to WIkipedia, is “a stochastic model describing a sequence of possible events in which the probability of each event depends only on the state attained in the previous event.”

So, generating random lyrics to a “new” song by our favorite artists is easy enough for any of us to do. But actually recording that song is a pretty cool feat, especially considering that Connor plays all instruments and handles vocals.

“All music/vocals performed, mixed, and mastered by me, in my kitchen, on a couple of cheap guitars, a crappy mic, and an old copy of ProTools,” wrote Connor on YouTube. “All lyrics provided by the ROBOTS THAT WANT TO RULE US ALL (AKA lyrics.rip).”

Connor actually does a pretty decent impression of James Hetfield, and captures the vibe of a Metallica song in the instrumentation. “I tried to get a sound somewhere between the Master of Puppets album and ‘The Black Album’,” Connor expounded. “Lars’ drum sound is quite hard to get right without spending a lot of money (or, in some cases, buying a trash can). Guitars are multitracked a LOT.”

As for the lyrics, there’s some gems in there, like, “I’m the sun/ I’m insane/ Yes, she’ll never love/ Never me/ So let it be/ Death! / Deliverance Rides.”

In the past couple months, Connor did the same for Nickelback and AC/DC, resulting in the songs “Nobody Died Every Single Day” and  “Great Balls”, respectively. More recently, he churned out a Red Hot Chili Peppers song called “Tool Shed”, although his Anthony Kiedis impression is not quite on par with his James Hetfield impersonation.

Check out the bot-written Metallica song “Deliverance Rides” below, and visit the Funk Turkey YouTube channel for more of Kirt Connor’s parody videos.