Metallica Are Working on a New Album Over Zoom and Email 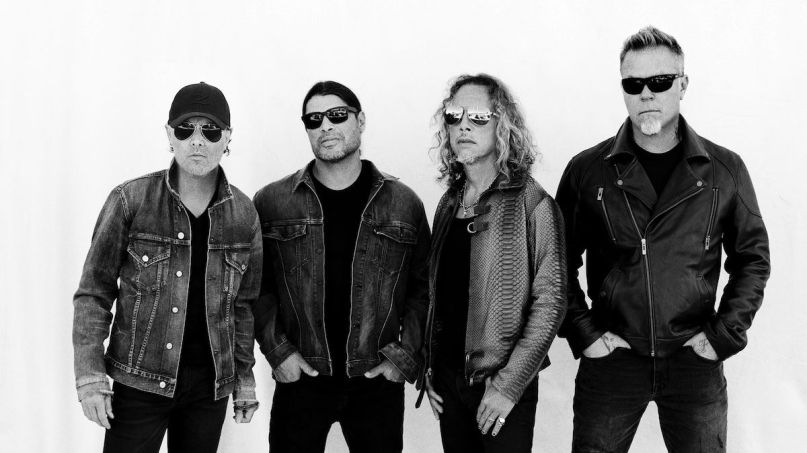 Back in April, Metallica’s Lars Ulrich suggested that the band could start working on a new album while in quarantine. Now, the drummer has revealed that the metal legends have been doing just that, sending new music ideas to each other remotely via Zoom and email.

Band members have been sharing song ideas over the digital platforms, as the thrash icons practice social distancing while moving forward with the highly anticipated album during the COVID-19 pandemic.

“We’re just starting, in the last four weeks maybe, we connected again,” Ulrich told Swedish talk show host Fredrik Skavlan. “We’ve been obviously connecting [before that], but we [have now] connected creatively, and now we’re sort of in discovery mode, I think is a good way to say it. We are sending ideas to each other via email and via Zoom and [trying to] make music in these unusual situations.”

Ulrich continued: “We have a weekly Zoom connect. We’ve been doing that basically since [the pandemic] started 10, 11 weeks [ago] — since it started in America. So we get together once a week on Zoom for a couple of hours and catch up. The good thing about that catching up is we really just talk about how we’re doing and we don’t sit and talk about Metallica for hours and hours. But now that we’ve started exchanging some ideas, it’s great. It’s nice to be in touch, it’s nice to be part again of that group, and I look forward to the creative opportunities that lie ahead of us.”

As for what a socially distant Metallica album might sound like, they did perform a version of “Blackened” while isolating back in May. However, the band dynamic, as Ulrich stated, creates inherent challenges for creating a record remotely.

“So far, at least the sonic side of it and the practical elements are in surprisingly good shape, actually,” Ulrich said. “So now we’ve just gotta figure out how much we can create without being in the same space … you rely on the group format to really move everything forward. So unlike if you’re a solo artist and it’s just you and your guitar or whatever. So, it’s a different thing.”

The new album appeared to have a head start prior to the pandemic, which has forced Metallica to cancel or postpone most of their 2020 tour dates and festival appearances. Guitarist Kirk Hammett said he had a “ton of material” and was “ready to go anytime,” and bassist Rob Trujillo hinted that a new LP could arrive in a shorter time than it took for the band to release 2016’s Hardwired… To Self-Destruct.

In the meantime, Metallica have remained active on social media throughout the pandemic, streaming past concerts every Monday as part of their #MetallicaMondays series. Mining their archives, the band’s offered up everything from a vintage 1983 show circa Kill ‘Em All to a full festival performance of “The Black Album”. They also pledged $350,000 to pandemic relief funds.

Watch the full interview with Lars Ulrich below.