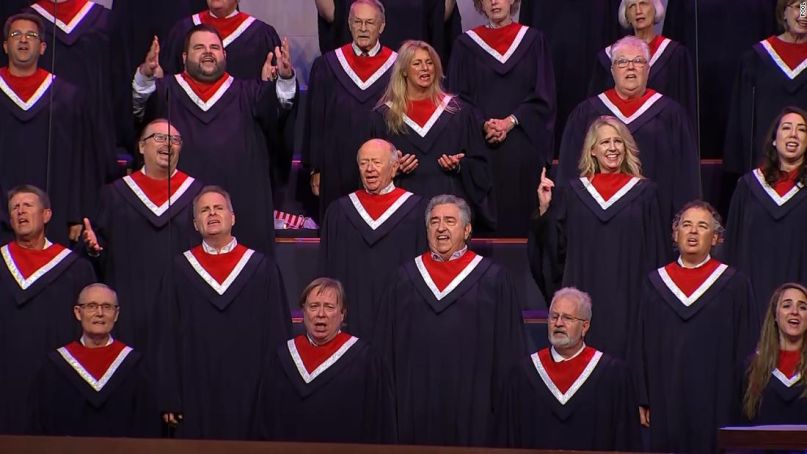 During the era of coronavirus, large-scale gatherings involving singing are considered “super-spreading events,” due in part to the fact people spread airborne particles whenever they exhale and inhale deeply to sing. And yet, even as cases spike nationwide, this past weekend saw two brazen examples of large-scale musical gatherings that could have longterm health implications and further worsen the coronavirus crisis. One involved country singer Chase Rice, who staged a large concert in Tennessee with zero social distancing and not one face mask in sight. The other involved Vice President Mike Pence, the leader of the administration’s own coronavirus task force.

On Sunday, Pence attended a near-capacity, indoor event at the First Baptist Church in Dallas, Texas. Not only did the “Celebrate Freedom Rally” draw upwards of 2,200 attendees, but the event featured a 100-person choir singing without face masks.

Face masks were “strongly encouraged” at the event, but only about half of those in attendance could be seen wearing them, according to CNN. To their credit, the members of the choir did wear face masks when they were not performing. However, just by singing in close proximity to one another, numerous people were potentially exposed to the deadly virus.

Back in March, a single member of the Skagit Valley Chorale in Washington infected 53 of 61 people who attended a rehearsal, with two people eventually dying. Four others died of COVID-19 following a choir performance in Amsterdam on March 8th, and two members of a church congregation in Calgary, Alberta, died of the virus after singing at a March 15th service (via The LA Times).

Despite clear evidence of singing spreading the virus, the White House recently directed the CDC to remove warnings against choir choirs as part of its guidance related to places of worship.