The Smiths leader has close ties to racist, far-right political party For Britain 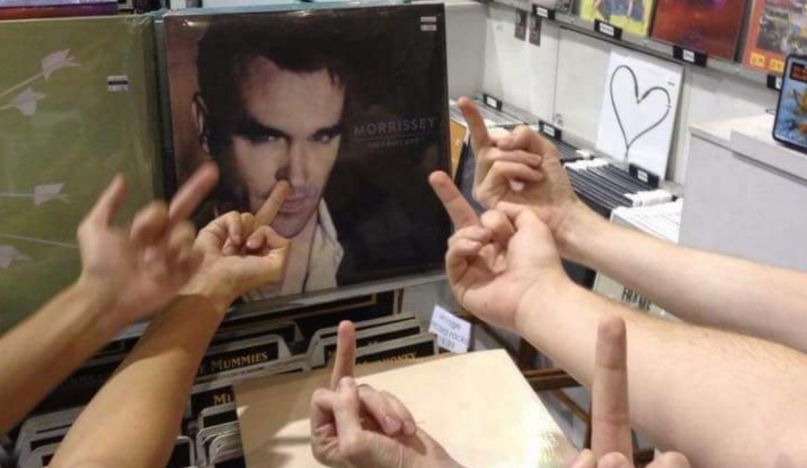 Like most of the music industry, Morrissey took part in Blackout Tuesday by tweeting out the hashtag #TheShowMustBePaused. However, his supposed show of solidarity with the Black Lives Matter movement was met with strong backlash, as many pointed out The Smiths singer’s close ties to racist, extremist political party For Britain.

Blackout Tuesday was founded by Jamila Thomas and Brianna Agyemang, two black women in the music marketing field. The initiative was intended to be a collective day for pause and reflection in the wake of George Floyd’s murder and the protests taking place across the US.

“The music industry is a multibillion dollar industry. An industry that has profited predominantly from Black art,  they wrote in a statement. “Our mission is to hold the industry at large, including major corporations + their partners who benefit from the efforts, struggles and successes of Black people accountable.”

Morrissey’s #TheShowMustBePaused tweet might have seemed well intentioned, if not for his consistent backing of For Britain. The UK party is headed by anti-Islam activist Anne Marie Waters, who even publicly thanked Moz for his unwavering support.

Moz, too, holds opinions that closely echo those of Waters. At one point, he mocked the accent of London’s Muslim mayor, Sadiq Khan: “This is the Mayor of London! And he cannot talk properly! I saw an interview where he was discussing mental health, and he repeatedly said ‘men’el’… he could not say the words ‘mental health.’ The Mayor of London! Civilisation is over!”

It’s no wonder, then, that Morrissey’s hypocritical and performative Blackout Tuesday tweet received swift criticism yesterday. “You support the far right of For Britain and Anne-Marie Waters. You’re part of the problem,” called out one Twitter user. Another simply tweeted out JPEGMAFIA’s 2018 track titled “I Cannot Fucking Wait Til Morrissey Dies”. A photo of people flipping off a Morrissey album was also posted in response.

See the backlash against Morrissey’s Blackout Tuesday post below.

You support the far right of For Britain and Anne-Marie Waters. You're part of the problem.