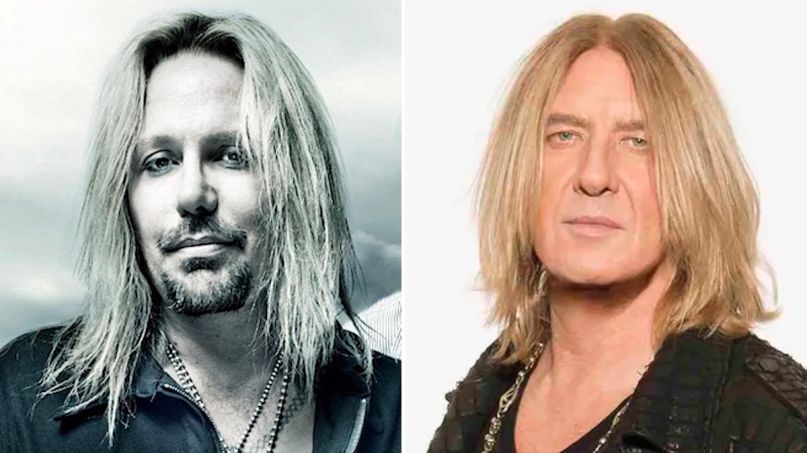 Mötley Crüe and Def Leppard were recently forced to postpone their 2020 Summer tour due to the COVID-19 pandemic, but now they’ve revealed the rescheduled dates for the North American outing. The “Stadium Tour” will now take place in Summer 2021, with an itinerary closely mirroring the postponed 2020 shows.

The tour — also featuring Poison, Joan Jett and the Blackhearts, and Tuk Smith & The Restless Hearts — now kicks off June 19th, 2021, in Nashville, Tennessee, and runs through a September 12th show in San Diego, California. Overall, there are 31 dates, including a two-night stand at Boston’s Fenway Park on July 17th and 18th.

The new itinerary means fans will have to wait another year to see the reunion of Mötley Crüe, who had previously signed a contract that prevented them from touring again. The veteran hard rockers dramatically blew up the agreement back in November when they announced their return.

Fans who had tickets to the 2020 shows will be able to use them toward the new 2021 dates. For those unable to attend next year, a full refund will be provided, with info available via Live Nation. If you don’t already have tickets, they are available here.

“We are excited to share the new dates for the Stadium Tour,” reads a posting from the bands. “We look forward to seeing you in 2021!”

When Mötley Crüe finally do return to the road, it will mark the band’s first shows since ending their “Final Tour” on December 31st, 2015.

See the new itinerary for the “Stadium Tour” below. Tickets are available here.