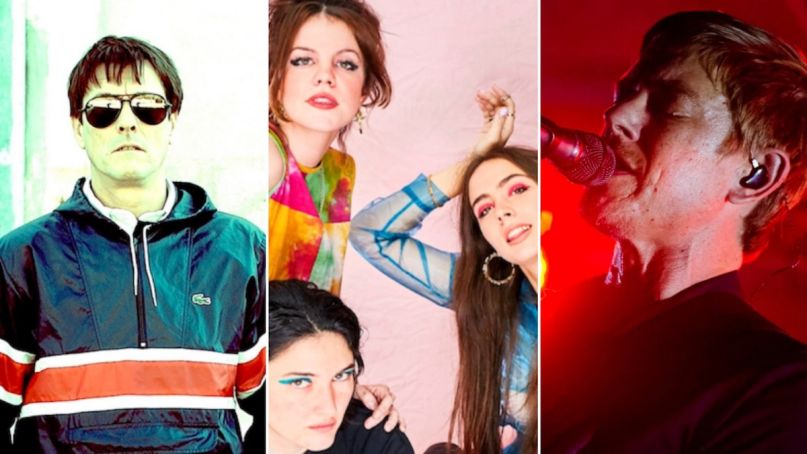 Sonic Boom – All Things Being Equal

Sonic Boom (aka Peter Kember) is back with his first album in 30 years, All Things Being Equal.

Due out via Carpark Records, the collection was informed by the English producer’s relocation to Sintra, Portugal, which he calls “an enchanting area famous for being inspiring.” It was also partially influenced by Kember’s past work producing for acts like Beach House, MGMT, and Panda Bear.

“I learn from everyone I work with, and I wanted to bring what I learnt into this record,” Kember said in a statement. “Everybody thinks about and listens to music in different ways.”

Kember broke down the LP in an exclusive Track by Track feature for Consequence of Sound, which can be found here.

All Things Being Equal is the long-awaited follow-up to Sonic Boom’s 1990 record, Spectrum. That full-length hit shelves shortly after the disbandment of Spacemen 3, Kember’s project with Spiritualized’s Jason Pierce.

Sideways to New Italy is the new album from Rolling Blackouts Coastal Fever, due out through Sub Pop. The sophomore LP was written after the indie rockers returned to Australia following months of relentless worldwide touring. It was meant to be a tool used to better understand the band’s “individual pasts and the places that inform them.”

“I wanted to write songs that I could use as some sort of bedrock of hopefulness to stand on, something to be proud of,” singer-songwriter-guitarist Fran Keaney noted in a statement. “A lot of the songs on the new record are reaching forward and trying to imagine an idyll of home and love.”

Keaney and bandmate Joe White spoke about the record during a recent interview on Kyle Meredith With…, and you can revisit that ahead.

Indie supergroup Muzz have officially unveiled their new self-titled album. The 12-track collection is the first for the three-piece, which is comprised of Interpol’s Paul Banks, The Walkmen’s Matt Barrick, and Bonny Light Horseman’s Josh Kaufman.

After a slight delay due to the pandemic, Madrid indie rockers Hinds have returned with their new album, The Prettiest Curse. Out via Mom + Pop Records, their third full-length follows 2018’s I Don’t Run and 2016’s Leave Me Alone.

Per a statement, the LP sees the CoSigned group ditching its lo-fi roots to embrace the more polished side of garage pop. It also features Hinds singing in Spanish, their native language, for the first time on any of their records.

In an exclusive Track by Track feature for Consequence of Sound, Hinds broke down the entire record from start to finish. Read that here.