Noname Responds to J. Cole With “Song 33”, First New Song In Over a Year: Stream

In a little over a minute, the Chicago rapper says everything she needs to say 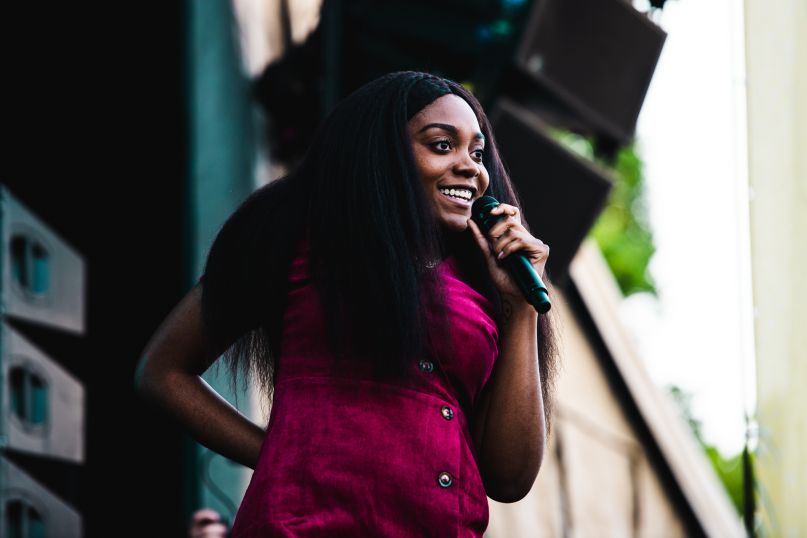 Noname has returned with her first new song in over a year. It’s called “Song 33”, produced by Madlib, and references both the tragic deaths of George Floyd and Toyin Salau. What’s more, the minute-long track serves as a timely response to J. Cole, who appeared to throw shade at the Chicago MC earlier this week with his own new single, “Snow On Tha Bluff”.

“Wow look at him go/ He really ’bout to write about me while the world is in smokes?” Noname asks, cutting right to the core: “When his people in trees, when George was begging for his mother saying he couldn’t breathe/you thought to write about me?” She’s not finished, though, and hammers the point: “Little did I know all my reading would be a bother/ It’s trans women being murdered and this is all he can offer?”

Clearly, J. Cole’s tweets to follow Noname weren’t enough to squash their beef. Though, it looks like the buck stops with “Song 33” as J. Cole has since shared the song on his Twitter. Good for him.

Stream “Song 33” below. In November of 2019, Noname announced that she had quit touring for the time being, but has continued to share cryptic tweets about her highly anticipated followup to 2018’s Room 25. Here’s hoping this track is the beginning of many more this summer.