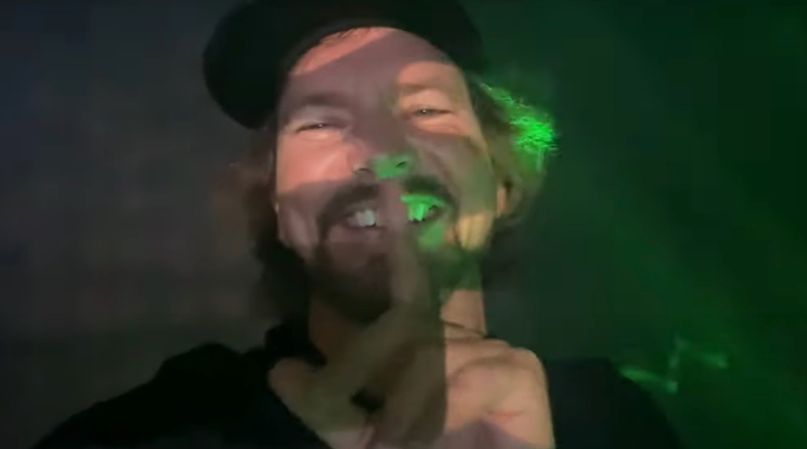 As one of several acts to play the “All In WA: A Concert for COVID-19 Relief” livestream event on Wednesday night (June 24th), Pearl Jam treated viewers to the first-ever live performance of their recent single “Dance of the Clairvoyants”.

In the video of the performance, Vedder holds a handheld camera, as his two daughters and wife Jill are seen dancing, bringing to life the song’s line, “I know the girls wanna dance.” Musically, the band mixes things up, with guitarist Gossard playing bass, and bassist Ament playing guitar and keys.

“Dance of the Clairvoyants” was released as the first single from Pearl Jam’s latest album, Gigaton, which arrived on March 27th. The grunge goliaths were supposed to embark on a spring North American arena tour in support of the LP, but were one of the first bands to postpone a tour as a result of the COVID-19 outbreak.

The full “All In WA: A Concert for COVID-19 Relief” can be streamed now on Amazon Prime. The Pearl Jam performance can be seen below.

Pearl Jam’s Gigaton album, which is available here, was recently included in our mid-year list of the Top 25 Albums of 2020 (So Far).