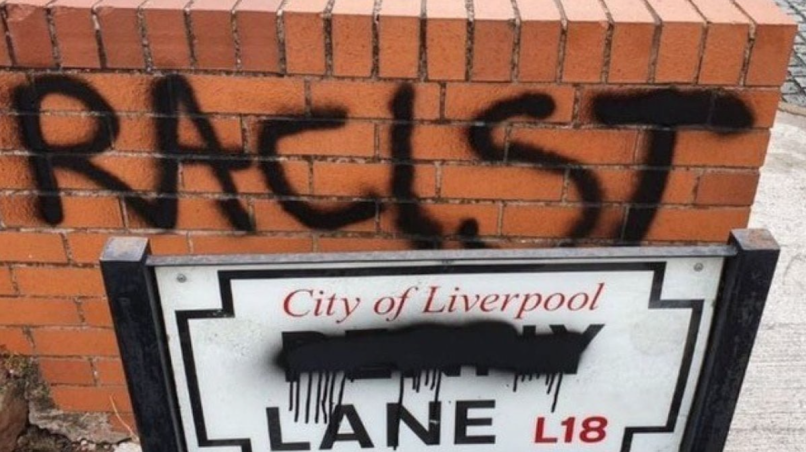 As the Black Lives Matter movement continues to surge worldwide, citizens and governments alike are being forced to reconsider monuments to heritages of racism. In America, everyone from GWAR to Taylor Swift is calling for the removal of confederate statues, with one petition proposing they be replaced with ones of Dolly Parton. Meanwhile, over in Liverpool, England, folks are seeking to rename the famed Penny Lane — immortalized in the classic song by The Beatles — over its purported connection to the slave trade.

It seems many believe the road was named for James Penny, a slave merchant who spoke against abolition in Parliament. Last week, as protests over racial injustice and inequality gripped the country, signs for the street were defaced and graffitied, with “racist” being sprayed above one prominent sign and “Penny was a slave trader” near another.

Penny Lane is indeed featured in a display of street names linked to slavery at Liverpool’s International Slavery Museum. However, even the museum admits that the connection between James Penny and The Beatles’ song may be thin. “There is some debate about whether Penny Lane was named after James Penny, but the evidence is no conclusive,” the museum said in a tweeted statement. “We are actively carrying out research on this particular question and will re-evaluate our display on Liverpool street names and change if required.”

If that research concludes Penny Lane does actually have ties to James Penny, though, a different change may be enacted. “If it is as a direct consequence of that road being called Penny Lane because of James Penny, then that needs to be investigated,” Liverpool’s Metro Mayor, Steve Rotherham, told Sky News (via NME). “Something needs to happen and I would say that sign and that road may well be in danger of being renamed.”

Some Liverpool residents were “absolutely livid” over the vandalism and helped clean spray paint off the street signs. Blue Badge Tour Guides owner Jackie Spencer said the graffiti was the result of “pure ignorance.” She added (via BBC), “We’ve researched it and it has nothing to do with slavery. James Penny was a slave trader, but he had nothing to do with the Penny Lane area.”

Our thoughts on Penny Lane’s history, the research into its name and the need to be responsive to new evidence. pic.twitter.com/PAweUw2vCK