"Rather than glorify a man who wanted to extinguish Black and Native peoples, we should honor members of our community whose leadership we find inspirational" 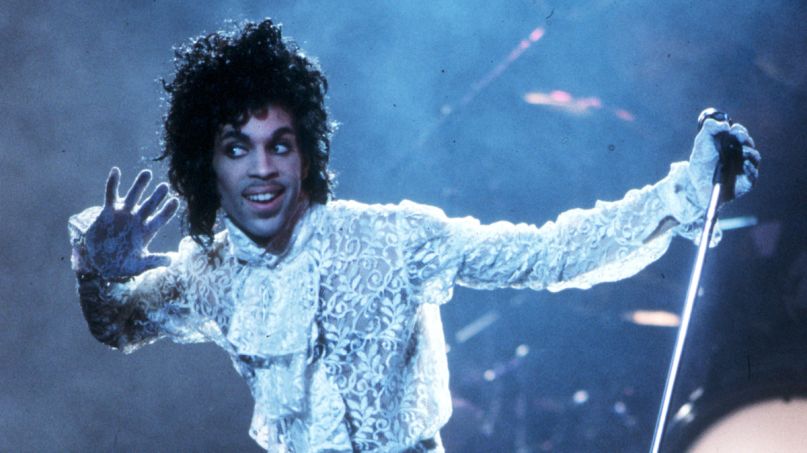 Residents of Tennessee recently launched a petition calling on state officials to replace decorative rocks honoring racist losers of an insurrection with big, beautiful statues honoring a true local hero: Dolly Parton. Now, a group of citizens in Minnesota are taking a similar approach, as they’ve launched their own petition with the goal of removing a statue of Christopher Columbus standing on the grounds of the state capitol. In its place, they want to build a statue of the Purple One himself, Prince Rogers Nelson.

“Across the nation, city governments are choosing to remove statues of white supremacists, slave owners, and those who threatened the livelihood of Black people. Here in Minnesota, communities are reigniting the demand to bring down state’s monument to Christopher Columbus, a man who murdered, raped and enslaved Black and Native peoples in the Americas,” the petition reads. “We, the undersigned, do not believe that Columbus represents the values Minnesotans carry. Rather than glorify a man who wanted to extinguish Black and Native peoples, we should honor members of our community whose leadership we find inspirational.”

Simply put, “Prince represents Minnesota values and Columbus does not,” the petition goes on to add.

Ironically, the petition was actually started back in 2017, before the killing of George Floyd in Minneapolis and the ensuring nationwide racial unrest. However, in recent days, the petition has taken on new life, with almost 10,000 signatures to date.

Of course, unlike Columbus, Prince was a native of Minnesota, who lived and worked in the state his entire life, and whose cremated ashes still reside at his former home and studio, Paisley Park in Chanhassen, MN. And whereas Columbus was a genocidal maniac who tortured and mutilated thousands (if not hundreds of thousands) of indigenous Indians, Prince was a staunch social justice advocate, who fought for creative and artistic freedom while also elevating female musicians of color. He also regularly used his music to highlight racial and political issues: in fact, one of his final songs, “Baltimore”, addressed the deaths of Black men at the hands of police.

Incredibly, Prince does not yet have a statue in his home state, but Columbus does. Let’s change that by signing the petition here.

In related news, one of Prince’s most cherished guitars, the Blue Angel Cloud 2, was auctioned for $563,500 over the weekend.