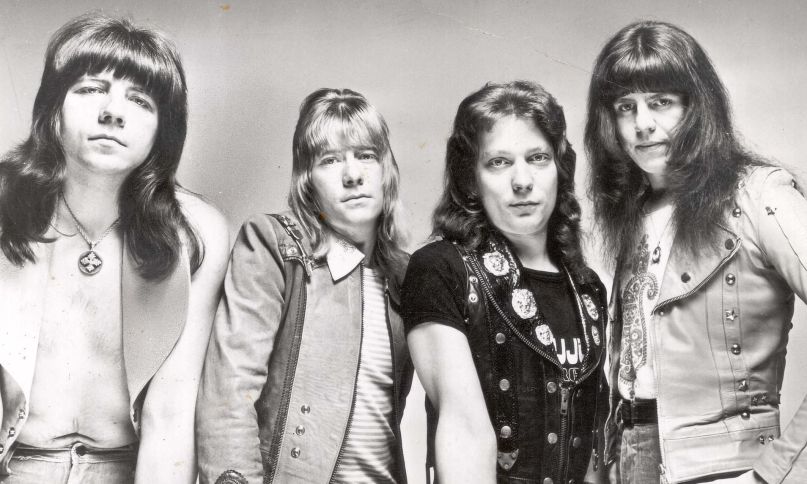 Steve Priest, founding member and bassist of the popular British glam rock band Sweet, has died at the age of 72.

Bandmate Andy Scott confirmed Priest’s passing in a note posted to Sweet’s Facebook page. “He was the best bass player I ever played with,” Scott wrote in his tribute. “The noise we made as a band was so powerful. From that moment in the summer of 1970 when set off on our Musical Odyssey the world opened up and the rollercoaster ride started!”

Featuring Priest, guitarist Scott, lead singer Brian Connolly, and drummer Mick Tucker, Sweet was one of the most commercially successful rock bands of the 1970’s. In their native UK, Sweet cracked the top 20 singles chart on 13 different occasions over the course of the decade.

The band also found crossover appeal in the US with four top 10 hits: “Little Willy”, “The Ballroom Blitz”, “Fox on the Run”, and “Love is Like Oxygen”. In 1992, “Ballroom Blitz” found a new generation of fans when actress Tia Carrere covered it in the movie Wayne’s World.

Following Connolly’s departure from Sweet in 1979, Priest took over the role of lead singer. His tenure was short lived, however, as the rest of the group disbanded in 1982. Priest went on to live a largely private life, though he did later form his own version of Sweet in 2008. He also released a memoir called Are You Ready Steve?.