Sammy Hagar Clarifies Comments About Going Back on Tour: Only When It’s “Safe and Responsible” 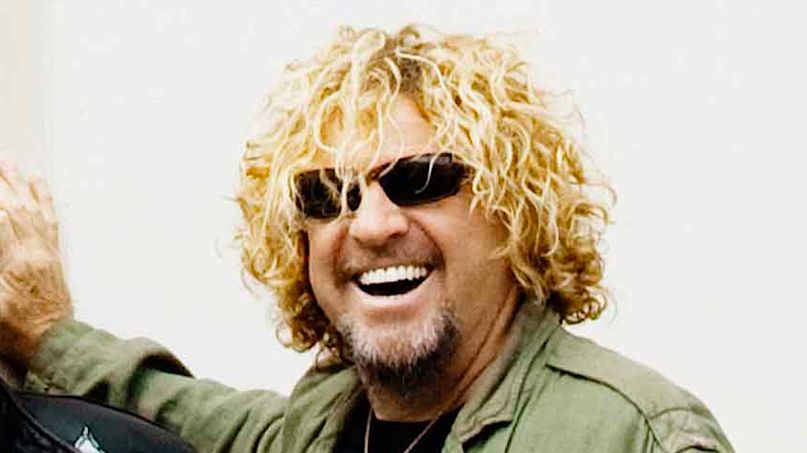 Sammy Hagar made headlines recently when he said he’d “rather personally get sick and even die, if that’s what it takes” to get the concert industry going again amid the COVID-19 pandemic. Now, the veteran rocker is clarifying the extreme portion of his comments, while also saying he does want to get back on the road this year, if possible.

For more context, Hagar’s longer quote in Rolling Stone read, “This is hard to say without stirring somebody up, but truthfully, I’d rather personally get sick and even die, if that’s what it takes. We have to save the world and this country from this economic thing that’s going to kill more people in the long run. I would rather see everyone go back to work. If some of us have to sacrifice on that, OK. I will die for my children and my grandchildren to have a life anywhere close to the life that I had in this wonderful country.”

In a posting on his Facebook page Thursday (June 25th), the Red Rocker explained that he conducted the interview with Rolling Stone in early May, when he thought “the curve was beginning flattening.” Hagar still drives home his basic point of getting the economy going again, but without the potentially morbid ramifications.

“Hey, Sammy here. Earlier in the week Rolling Stone ran a compilation piece from their Quarantine Q&A series. I did that interview a month and a half ago, things change very fast right now, so I wanted to clarify and put a few things into context now.

I did that interview May 8th when we were already several weeks into the stay-at-home, which my family and I took very seriously, and things were starting to look up, the curve was beginning flattening. So when I was asked if I’d be comfortable enough to get back onstage before a vaccine was out, I was cautiously optimistic. I said, ‘Yeah, not too soon. I want to make sure it’s not escalating. When it’s declining and seems to be going away.’

Big picture, it’s about getting back to work in a safe and responsible way and getting this economy rolling again. I will do my part. I stand by that. I employ 200 people directly and when we tour even more. Like everything today, it’s a watch and see over the next few months but we remain cautiously optimistic that with the right improvements and safety measures in place, we might be able to play shows this year. That said, as things change, for the better or worse, we will appropriately adjust our plans.”

Sammy Hagar & The Circle previously canceled their summer tour due to the pandemic. The outing would have run from early July through late September. Originally the tour was supposed to be co-headliner with Whitesnake, but Whitesnake had pulled out prior to the trek being canceled because frontman David Coverdale was undergoing surgery for a hernia.

In other news, Hagar recently said that his former band, Van Halen, would likely tour next year if the concert industry picks back up. He added that the band will “never be finished” despite Eddie Van Halen’s recent health woes.