"There may be a time where we have to sacrifice ... we all gotta die, man" 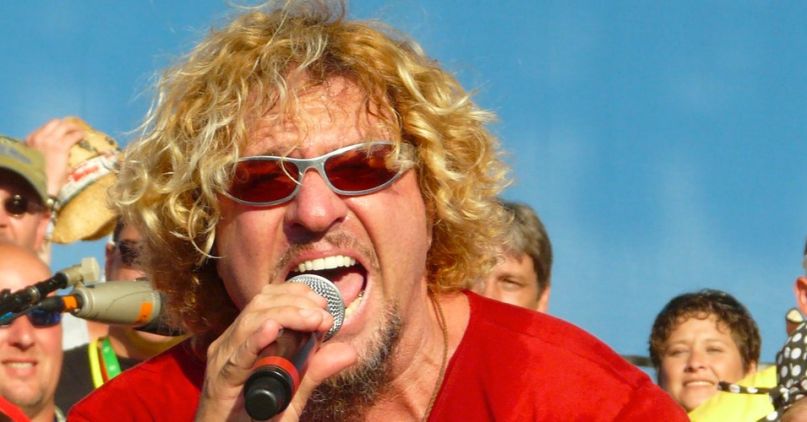 While most music acts have acknowledged that public health comes first when it comes to touring in the wake of the COVID-19 pandemic, Sammy Hagar would “rather personally get sick and even die” if it means kickstarting the concert industry again.

The Red Rocker was one of several veteran artists polled by Rolling Stone as to when they would feel safe returning to the road. Most of the artists remarked that they would want to wait until there’s a COVID-19 vaccine or safe measures in place, but the former Van Halen singer is willing to put his life on the line.

“I’ll be comfortable playing a show before there’s a vaccine, if it’s declining and seems to be going away,” remarked Hagar. “I’m going to make a radical statement here. This is hard to say without stirring somebody up, but truthfully, I’d rather personally get sick and even die, if that’s what it takes.”

He added, “We have to save the world and this country from this economic thing that’s going to kill more people in the long run. I would rather see everyone go back to work. If some of us have to sacrifice on that, OK. I will die for my children and my grandchildren to have a life anywhere close to the life that I had in this wonderful country.”

In concluding, Hagar doubled down on his willingness to die, saying, “That’s just the way that I feel about it. I’m not going to go around spreading the disease. But there may be a time where we have to sacrifice. I mean, how many people die on the Earth every day? I have no idea. I’m sorry to say it, but we all gotta die, man.”

That all said, Sammy Hagar & The Circle did cancel their summer tour last month due to the pandemic. The U.S. outing would have kicked off in early July and run through late September.

Elsewhere in the Rolling Stone feature, fellow Rock & Roll Hall of Famer John Fogerty gave a completely opposite answer, saying, “I don’t think any of us will really be ready until after we have a vaccine and people feel safe again. I’m an older person, and a lot of people my age have died. Maybe some other guy thinks it’s a good idea, but I’m not dying for Donald Trump. I’m not dying for the economy.”

Health experts have suggested that concerts won’t return in earnest until fall 2021, while concert promoters like Live Nation have also acknowledged that the industry won’t get going “full scale” again until next year.