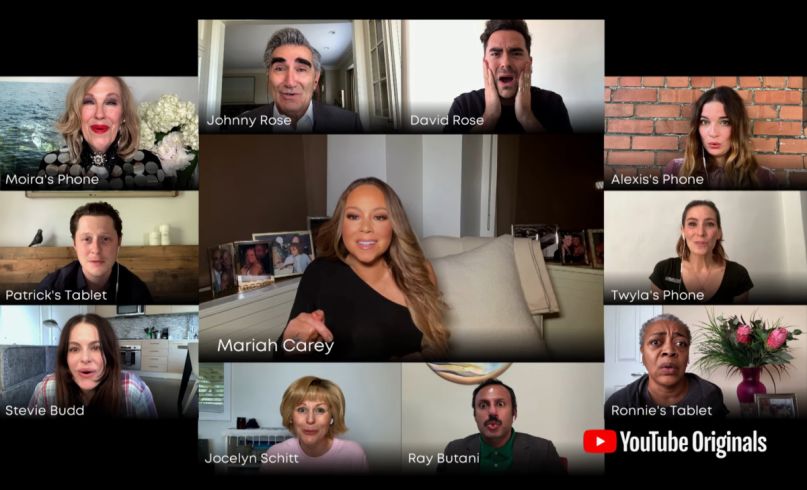 The cast of Schitt's Creek with Mariah Carey

The cast of Schitt’s Creek reunited alongside an unexpected surprise guests during the Obamas’ “Dear Class of 2020” virtual graduation ceremony on Sunday.

*Spoiler* Near the end of the performance, Carey herself crashed the Zoom to join the sing-along. After offering her own words of gratitude to teachers, Carey then ended her appearance by singing a bit of “Always Be My Baby” for David.

Replay the reunion below. Schitt’s Creek wrapped up its sixth and final season back in April.