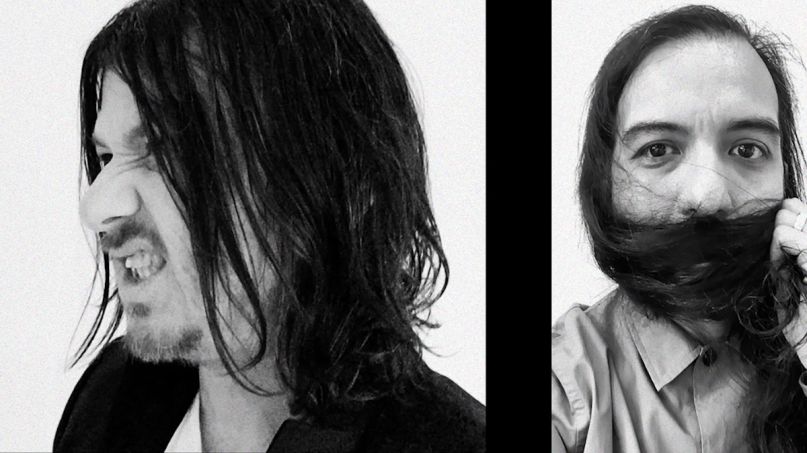 Secret Machines made a name for themselves in the 2000s for their driving blend of alt-rock, shoegaze, and space rock — a combination that was as singular as it was alluring. Now, after over a decade of relative silence, Secret Machines are back with a new album called Awake in the Brain Chamber, their first studio full-length in 12 years, due out August 21st via TSM Recordings.

Awake in the Brain Chamber has become a symbol of rebirth for Secret Machines, both literally because of how many incarnations exist, but also emotionally because of the stories it lived through. During their hiatus, Secret Machines experienced marriage, the birth of children, and the tragic passing of Benjamin Curtis, their former band member and Brandon Curtis’ brother. Brandon Curtis wrote and produced several of these tracks in the years prior to Benjamin receiving his cancer diagnosis, but he later reworked them to serve as a tribute to Benjamin and his influence.

“I began writing these songs at a time I remember feeling alone and lost, and I think the songs have that in their DNA,” Brandon Curtis says in a statement. “I started sharing early versions with Benjamin who gave me notes as well as encouragement. I am sure that without his influence this album would never have seen the light of day.”

To celebrate the announcement of their new album, Secret Machines have shared lead single “Talos’ Corpse”. It’s a sprawling number full of warped guitar bends and thundering percussion, but every note is spaced out with huge, sonic production. It makes it feel like you’re listening to this anthem during the most gorgeous sunrise you’ve ever seen. See for yourself when you stream it below.

Pre-orders are currently ongoing, including a vinyl pressing. Check out the album artwork for such and the full tracklist after the jump.

Previous Story
Gone with the Wind, Free Speech, and How We Should Handle Problematic Art
Next Story
The Pop-Culture Lesson of 2020 May Turn Out to Be Empathy
Popular
More Stories
[fu-upload-form form_layout="media" title="Submit Your Photo"][input type="hidden" name="ugc" value="1"][/fu-upload-form]