Minneapolis rockers return with a five-track EP this September 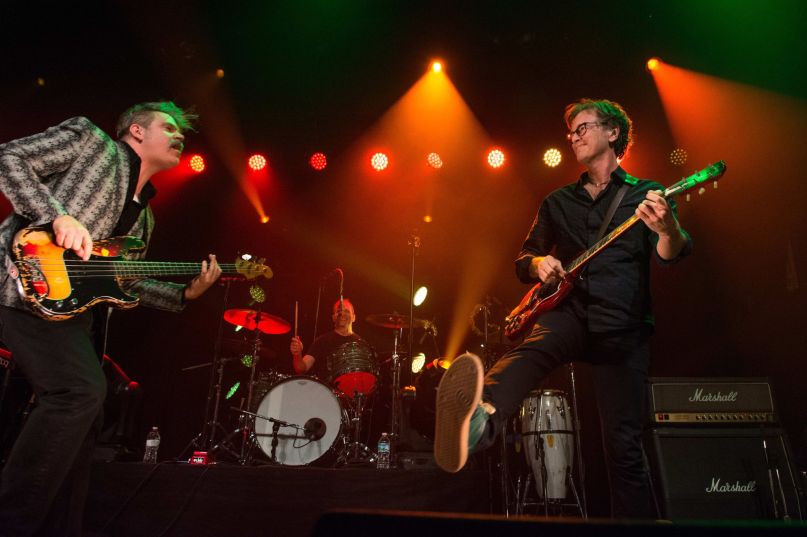 Semisonic are back with their first new music in nearly two decades. On September 19th, the Minneapolis rockers will release a new five-track EP titled You’re Not Alone via Pleasuresonic Recordings/Megaforce Records. In anticipation, they’ve gone ahead and shared the catchy, titular single.

Like their greatest hits of yesteryear, the track is dosed in slick distortion, the kind that gels beautifully underneath the vocals of singer-songwriter Dan Wilson. As for the lyrics, well, let’s just say Wilson is something of a soothsayer.

“I wrote ‘You’re Not Alone’ a couple of years ago at a time when a lot of people, including me, were feeling isolated and despairing about the state of the world and the direction our country was going,” he wrote in a press release. “We recorded the song last year and I’m really happy that it’s now coming out.”

“Coincidentally, the song is coming out when both a global pandemic and racial justice protests are compelling us to reimagine our relationships to each other and the communities we live in,” he continued. “Just as I had hoped when I first wrote it, I hope the song will communicate a sense of connection and comfort, an awareness that we’re not alone.”

Stream “You’re Not Alone” below.

Although Semisonic reunited in 2017 for a handful of shows, their last batch of new music dates all the way back to 2001’s All About Chemistry. Based on the track above, it’s clear they’ve “still got it,” which has us excited to hear the rest of this EP. Consult the tracklist below, followed by Wilson’s 2018 interview on Kyle Meredith With... for good measure.