Slipknot Streaming Their 1999 Home Movie Welcome to Our Neighborhood 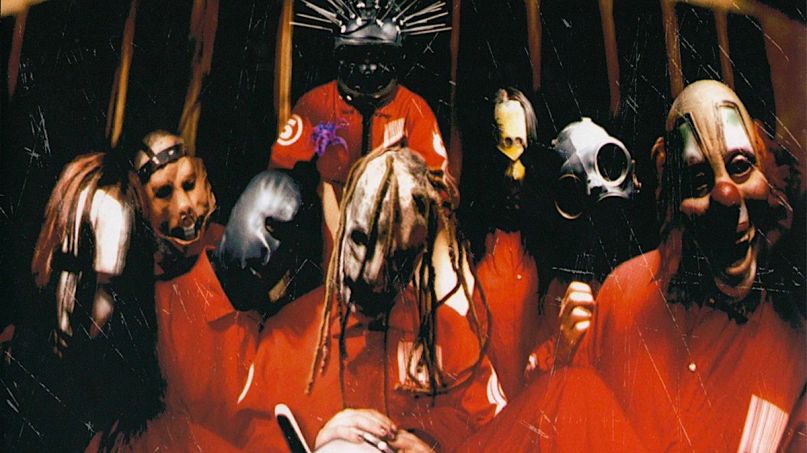 Slipknot are dusting off out their 1999 short film, Welcome to Our Neighborhood, to celebrate the 21st anniversary of their self-titled album. The film features home movies and performance clips from the band’s early days, and it streams today (June 26th) at 5:00 p.m. ET in the YouTube player below.

Originally released on VHS, Welcome to Our Neighborhood was an invaluable tape for first generation Slipknot fans. Besides the arguably non-canon 1994 debut LP, Mate. Feed. Kill. Repeat., and the 1999 self-titled album, this was all fans had to go on.

An indispensable video document of the early Corey Taylor era, the tape touts home movies, interviews, and classic footage of the band playing “Wait and Bleed”, “Surfacing”, and “Scissors”. It’s structured like other “video press kit” clips that were prevalent at the time, meant to introduce the press and fans to new artists. Welcome to Our Neighborhood could be seen as the foundation of Slipknot’s lore and imagery, their first chance to be seen as well as heard outside of stages and music video sets.

The original Welcome to Our Neighborhood  VHS came in at just over 20 minutes. Bonus footage of “Scissors” was added in a 2003 DVD release, but the film’s brevity is its biggest drawback. Even still, it was enough to intrigue eager fans in 1999, and remains the most vivid visual document of the band circa 1999.

Any semblance of live Slipknot is a welcome tide over for those who planned to see the band perform in 2020. The coronavirus pandemic upheaved Slipknot’s many tour plans — the Knotfest at Sea cruise and the continent-spanning Knotfest Roadshow and Festivals being postponed. Though concerts remain paused — for the most part — Taylor foresees a live music “renaissance” once its safe to go to shows. Until then, livestreams and concert films like Welcome to Our Neighborhood will have to fill the void during times of social distancing.

Marking the 21st anniversary of the groundbreaking 1999 self-titled debut album, Knotfest will be streaming @slipknot's Welcome to Our Neighborhood this Friday at 2PM PST/5PM EST.