Sonic Boom Breaks Down His First Album in 30 Years, All Things Being Equal, Track by Track: Stream 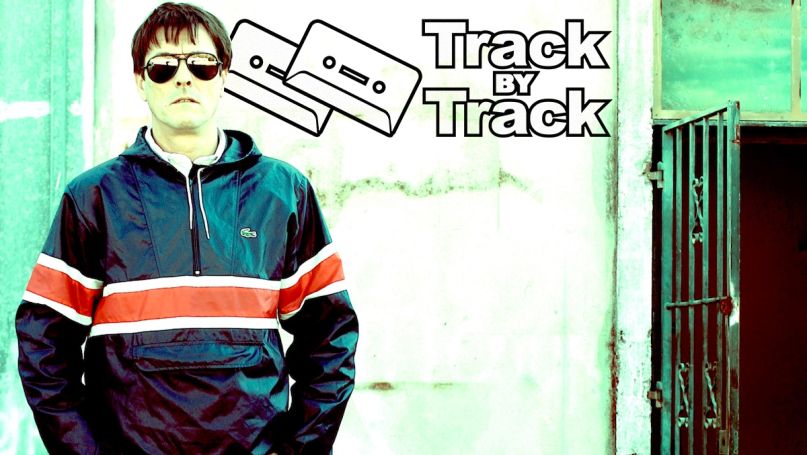 In Track by Track, artists are given the chance to take their fans through their latest album one song at a time. Today, Sonic Booms details All Things Being Equal.

Spacemen 3 co-founder Peter Kember is back with his first solo album under his Sonic Boom moniker in 30 years, All Things Being Equal. Out via Carpark Records, the 10-track LP in streaming in full below via Apple Music and Spotify.

His first Sonic Boom full-length since 1990’s Spectrum, Kember laid the groundwork for All Things Being Equal back in 2015, recording a number of electronic instrumentals with no firm plans. Though Stereolab’s Tim Gane told him he should release the tracks as is, Kember felt “the vibe in them was so strong that I couldn’t resist trying to ice the cake.” When he moved to Sintra, Portugal in 2018, he finally revisited the songs, adding vocals inspired by his new home’s beautiful outdoor spaces.

While the album is largely the result of Kember working alone with his vast array of electronic instruments, he did get help from a few collaborators. Panda Bear (whose Lisbon home inspired Kember’s own move to Portugal) provides backing vocals on “Just a Little Piece of Me”, while Britta Phillips (of Dean & Britta and the singing voice of Jem) plays bass on “I Feel a Change Coming On”.

Listen to Sonic Boom’s All Things Being Equal and read Kember’s Track by Track breakdown of the album below.

“Just Imagine”:
An electronic fanfare for a sentient future. Imagination is perhaps the greatest human mental ability. The mother of invention, far more than necessity. It doesn’t take intelligence to feel necessity. It does take it to solve the problem. Everything from self healing, to the invention & creation of the previously unimaginable all happen via this one process. I was told John Lennon (and Yoko ) owned the “I” word. I couldn’t imagine they would want a monopoly… Thank you John & Yoko .

“Just a Little Piece of Me”:
Many days, I’ll pass a cluster of trees — avenues sometimes of tall & broad and healthy trees offering shade to each other & anyone who asks it. I see a foresight missing in current times. The person who planted them & played his large part but never ever got to see the fruits of his own labours. But relished & recognised others similar gifts to him. The vision to replace & continue. Nostalgic for the future.

“Things Like This (A little bit Deeper)”:
Many of the best things happen when you least expect them to. The rote of routine celebrations, though often with their own charm, rarely deliver the scintillating plucks of the heart strings that pure chance & coincidence & a little open mindedness can deliver. The magic of nature ticks to no linear clock and demonstrates natures temporal flexibility to be flexible, adaptive and smarter than any box of cogs. The magic of the unexpected should happen everyday, and the odds can be changed by us according to the level at which we interact with our environment. Deeper & more symbiotic with every other living creature on the planet.

“Spinning Coins & Wishing on Clovers”:
Life & death, two sides of the same coin. One we resonate with and one we deny. What are those last visions as life slips away? What did we do well, in the grand scheme not for selfish gain? Who did we harm through carelessness or aim? Life is sometimes about the mistakes you made, but more so, how you react to that.
For every action, an equal and opposite reaction — a universal physical law and one too I venture, of our lives.

“My Echo, My shadow & Me”:
Sometimes I write a song & I don’t know where it came from. Though this owes a debt to Baba Ram Dass, whom some of the phrases are from. The rest was pure channeling. Concepts I enjoy. Visions I see.
The taste of the intangible. The sight of the inaudible. The personality & the attribution of a living soul to inanimate objects, plants, animals and natural phenomena. The recognition of mood and atmosphere in everything. The effects of light & shade. Of perspective & vision.

“On a Summers Day”:
The birds & the bees. The hot sun. A cool sea breeze. A passive love song. The view from a window. Brian Wilson style, sweet nothings & everything sweet.

“The Way That You Live”:
Somethings in life improve. Or at least have enough about them to offset the downside. Many other things do not. A sweet something for a little bit of vibe intake. Enjoying environment, but not at the environments expense. Celebrating doing the chill thing. Celebrating a life that is symbiotic & synergistic. Aspiration, not incentive. Inspiration, not punishment. Vote everyday with your way of life. Might be the only important vote of your life.

“Tawkin Tekno”:
Perception, not possession, is 9/10ths of the law. Martin Rev. Delia Derbyshire. The Silver Apples. Kraftwerk. My homage to the electronic talking machine. The vocoder. A tool reclaimed from subterfuge & martial hard-ons. A symbiosis of sound & voice. Tonal sweeps. Modulations of shape. Inter-locking of forms. Something & nothing. Analogue bubblebath for the future soul.

“I Can See Light Bend”:
I found that mental pictures can sometimes defy the laws of Planet Earth physics. As far as we understand light only bends as it is sucked into black holes. It might also be suggested it happens through refraction, and through gravitational lensing around massive objects — but mentally, I’ve seen light warp & bend in dimensions that defy our normal concepts of dimension

If it can exist in the mind, there is a great chance that is purely an insight to something as yet not understood. Much of our best science — DNA, Radioactivity, electricity, etc. — are only relatively recently being begun to be understood by us. I’d suggest that what is able to be envisioned, is probably extant on many other levels. The universe’s primary alphabet of geometry appears to be as simple as the colour wheel or the periodic table. We must observe with an open mind.

“I Feel a Change Coming On”:
There are elemental forces in play, analogised as dark clouds in this song. Portents of change, ominous, but often backdropping a silver lining and a rainbow finale. Something in the air and on the breeze. Could be toxic, should be careful. We have poisoned and pillaged the planet & its ecosystem, and deep down we know at some point the trap must spring. Will we leave geological layers off petro-chemical poison for future evolving sentient species, billions of years in the future?