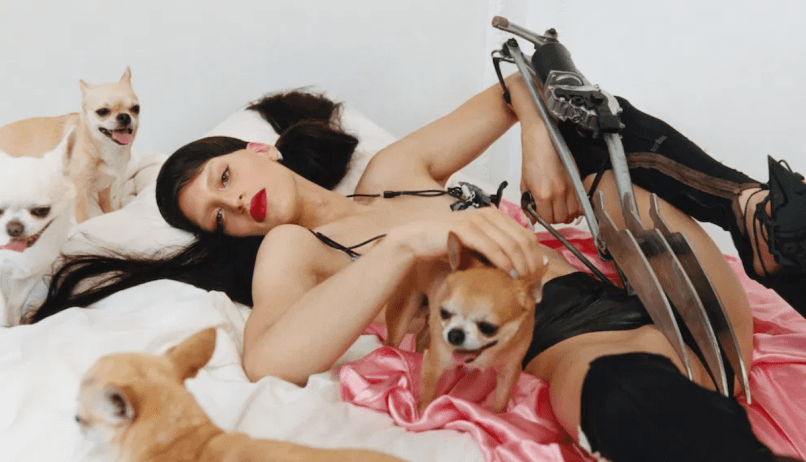 Arca has released her highly-anticipated fourth album, KiCk i. Stream it below via Apple Music or Spotify.

The follow-up to Alejandra Ghersi’s excellent 2017 self-titled record sees the Venezuelan experimental artist teaming up with a myriad of musicians, from Björk and Rosalía to SOPHIE and Shygirl. Since announcing the record in April with the lead single “Nonbinary”, Arca shared three other quite different tracks previewing the album: the psychedelic “Time”, the club-ready “Mequetrefe”, and the Rosalía-featuring “KLK”.

Notably, KiCk i is the first record since Ghersi began identifying as a Latinx trans women comprised of more than one “self-state.” She expanded on that description in a recent Paper cover story: “I’m asking for recognition that we have multiple selves without denying that there’s a singular unit. I want to be seen as an ecosystem of minor self-states without being stripped of the dignity of being a whole.”

Although non-traditional gender expressions have been something that Arca has spoken about for many years, it seems to be a central part of KiCk i. She explained that “Mequetrefe”, a Spanish word for “good-for-nothing” males, is her way of “flipping the script” to offer “a new archetype of masculinity.”

“[It] invokes the tenderness behind expressing who you are without shame, and the confidence and bravery it requires, because expression of gender-nonconforming self-states in a public space can often result in static within your environment,” she noted in a press statement.

While KiCk i marks her first collaborations with Rosalía and SOPHIE, Arca and Björk have enjoyed a lengthy creative partnership. Arca contributed extensively to the Icelandic legend’s 2015 record Vulnicura and Utopia, the 2017 follow-up. She and Shygirl recently linked up on the latter’s “Unconditional” from earlier this month.