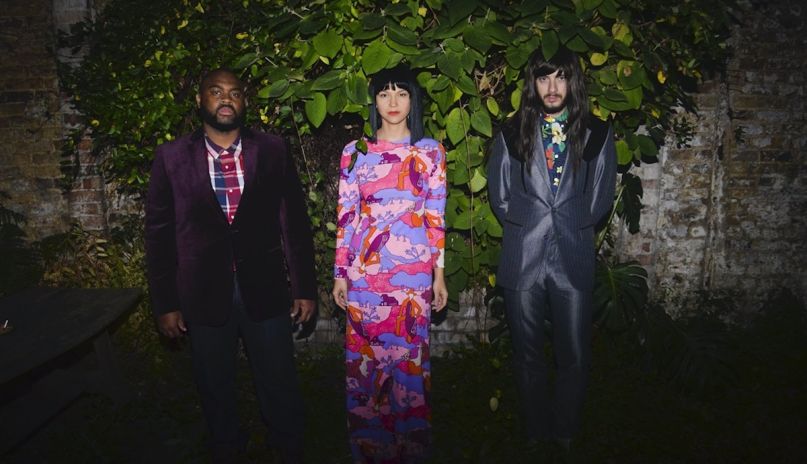 Khruangbin have released their new studio album, Mordechai, through Dead Oceans. It’s available to stream below via Apple Music or Spotiy.

This fresh collection of music marks the Houston-based outfit’s third full-length to date following 2015’s The Universe Smiles Upon You and their 2018 breakout Con Todo el Mundo. Compared to those efforts, Mordechai boasts the addition of a new instrument: actual vocal arrangements, which provide an extra musical dimension to Khruangbin’s already blissful brand of jangly and experimental psychedelia.

“Vocals are just a different way of incorporating melodies into the songs,” they explained in an interview with Nothing But Hope and Passion. However, Khruangbin made sure not to stray too far from their roots, saying, “We tried to keep it to a minimum and to not go into too much detail because what we love so much about instrumental music is this openness and freedom of interpretation.”

Beyond the music, there’s also a very personal dimension to Mordechai, courtesy of bassist Laura Lee Ochoa. During a period of ennui, Ochoa went hiking with a man she’d never met, and together they visited a waterfall. The man, whose name was Mordechai, encouraged her to jump from the top of the waterfall into the pool below. Ochoa did, and found the experience deeply transcendental — so much so that it inspired her to write lyrics for the first time, and name the record after that man.

As part of the album rollout, the band previously released the singles “Time (You and I)”, “Pelota,” and “So We Don’t Forget”. These, as well as the LP as a whole, draw from beloved traditional music from Pakistan, Korea, and Congo, making Mordechai feel like a sunny trip around the world.