RTJ4 drops later this week and will be available for free 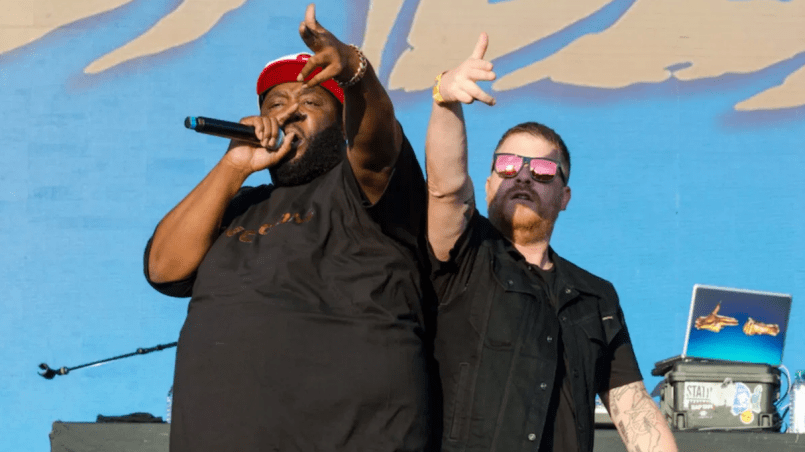 Run the Jewels have just dropped the perfect song to coincide with the Black Lives Matter protests raging across the country. Titled “A Few Words for the Firing Squad (Rotation)”, the poignant track sees Killer Mike and El-P condemning racism, while also being the voice of the marginalized.

“This is for the never heard, never even get a motherfucking word,” El-P raps during one of his verses, his words punching just as hard as the track’s driving production. But it’s Killer Mike’s turn at the mic that provides the most graphic visual, as he references both lynching and slavery,

“This is for the do-gooders that the no-gooders used and then abused/ For the truth tellers tied to the whipping post, left beaten, battered, bruised/ For the ones whose body hung from a tree like a piece of strange fruit/ Go hard, last words to the firing squad was, ‘Fuck you too'”

The track fittingly closes out with a busy explosion of brass. Hear it for yourself below.

“A Few Words” is the closing number off the highly anticipated RTJ4, following early singles like “Ooh LA LA” and “Yankee and the Brave (Ep. 4)”. In an Instagram post on Friday, El-P announced that RTJ would be offering the new album for free on release day, which is this Friday, June 5th. “for me this is the only way i really know how to contribute to the human struggle and experience beyond just trying to be kind and aware and grow,” he wrote. “it’s the only weapon i’m truly trained in and i’m grateful to have it.

The hip-hop duo has been vocal about the BLM movement and the protests over the murder of unarmed black man George Floyd. Over the weekend, Killer Mike made an impassioned plea to residents of his Atlanta hometown asking them to not vandalize their city while also expressing fury over the circumstances that led to the evening’s events. On his Instagram yesterday, El-P wrote of BLM: “i’m talking now to the people that look like me. no debate no comments even. it’s a fact and right and despite it being an inalienable truth it (tragically and clearly) needs to be said again and again and again until it’s no longer something the power structure of this world or the hearts tainted by hate have to be told.”