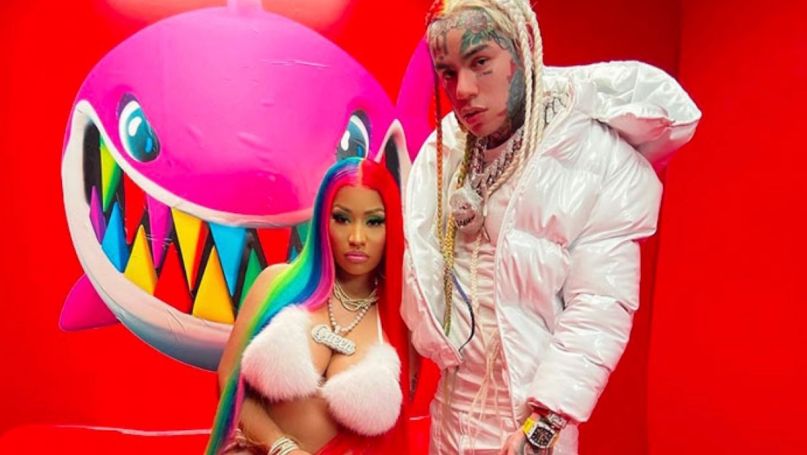 Protest songs have been dominating the streaming and radio charts these past few weeks, but that hasn’t stopped Tekashi 6ix9ine from rising to the top right alongside them. The controversial rapper just earned his first No. 1 single on the Billboard Hot 100 with “TROLLZ”, his collaboration with Nicki Minaj.

According to a press release, “TROLLZ” also helped Create Music Group — the distributor who put out the single — make history by being the first fully independent distributor in modern music industry history to achieve a No. 1 on Billboard’s Hot 100 Singles Chart as well.

“Tekashi 6ix9ine is without a doubt one of the most galvanizing figures making music today,” said Create Music Group Founder and CEO Jonathan Strauss in a statement. “We are thrilled that we’ve been able to attain what many in our industry thought was impossible — being the first independent distributor to achieve a No. 1 single on the Billboard Hot 100 Chart since streaming surpassed sales as the dominant form of music consumption. We built our company for the modern artist and this is a watershed moment for fully independent labels, distributors, and music creators everywhere.”

“TROLLZ” follows “GOOBA” as the second comeback single Tekashi 6ix9ine has dropped since being released early from prison after pleading guilty to racketeering, firearm possession, and drug trafficking charges. It also marks his second time working with Minaj on a track; back in 2018, the two linked up to record her song “Fefe”.

Not everyone will be congratulating Tekashi 6ix9ine on topping the Billboard charts today. He’s gotten a bad rep in the hip-hop community, to say the least, after he decided to snitch to gain a lenient plea deal. Of course, it doesn’t help that he acts like a troll on the regular, too, from ribbing Snoop Dogg to attempting to start a social media feud with Ariana Grande and Justin Bieber.