Grindhouse is bringing back the 1981 classic to screens nationwide 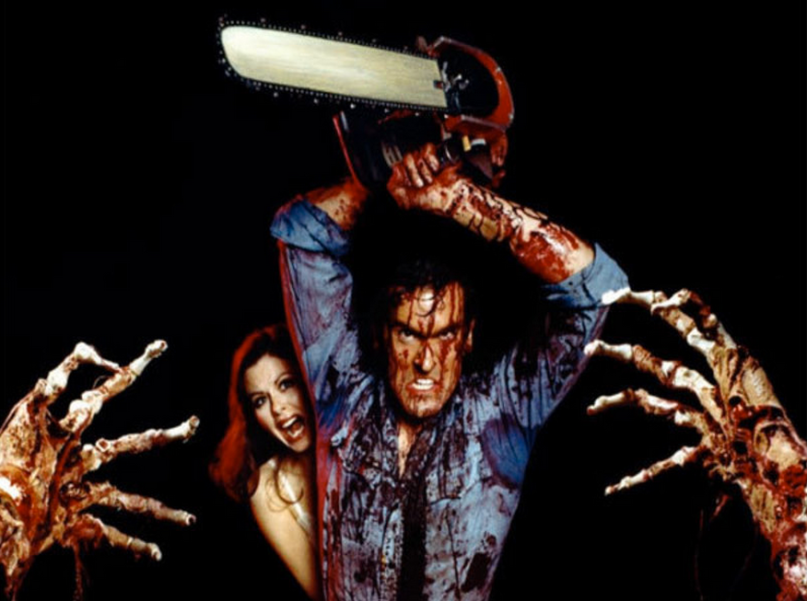 The Deadites will soon haunt your local drive-in. As Bloody Disgusting reports, Grindhouse is bringing back Sam Raimi’s 1981 horror classic The Evil Dead to drive-in theaters all across America this summer.

They’re wasting no time, either, as the first screening begins this Saturday, June 13th at Pride’s Corner Drive-In in Westbrook, Maine. The company will soon announce more dates and locations for the weeks ahead.

However, as they tell Bloody Disgusting, “If exhibitors want to show the 4K DCP of Evil Dead Reimagined, we can supply it, so it depends on the individual drive-ins. (I know of at least one that will be showing the Reimagined cut, and another drive-in that’s showing it in 35mm.)”

Which cut will your drive-in show? You’ll have to stay tuned to Grindhouse Releasing to find out. Either one should be worth the trip; after all, there are very few horror movies that demand the drive-in medium more than The Evil Dead.

We’ll see if the same can be said about the forthcoming reboot. Earlier this week, star Bruce Campbell confirmed the news that The Hole in the Ground director Lee Cronin will take the franchise into a whole new direction. Seeing how the 2013 reboot turned out to be one of the best horror films of the past decade, we’re feeling good about another one.

Until then, we’ll see you at the drive-in.