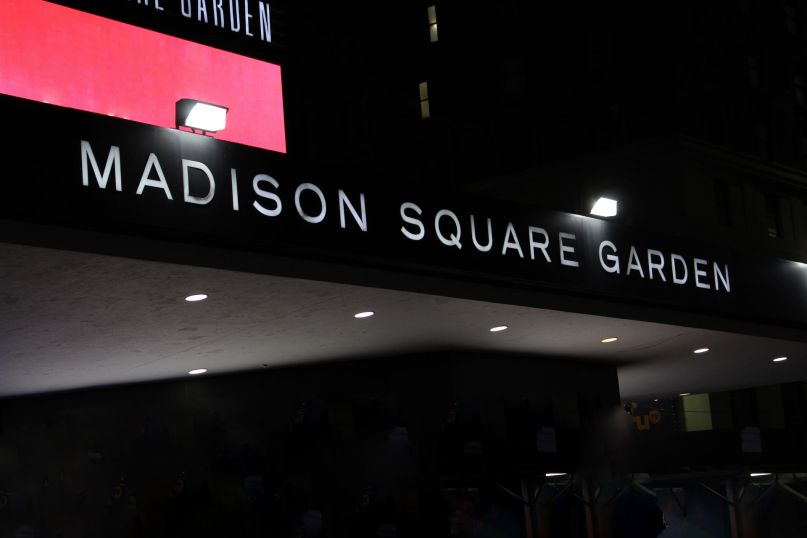 James Dolan is well known for not knowing much. The billionaire owner of the New York Knicks and Madison Square Garden has consistently mismanaged his NBA team and often books his own crappy roots rock band, JD & The Straight Shot, to open for major rock concerts at his venue. In a new op-ed for The New York Post, Dolan has now outlined a proposal for a COVID-19 benefit concert at MSG that would be attended only by people with antibodies for the virus.

Dolan’s belief that such an event would work hangs mostly on the statistic that an estimated 2 million New Yorkers have developed the coronavirus antibodies. This, he argues, means they “have cleared the virus.” His plan would be to have MSG pay for antibodies testing beginning a month before the event and issue “immunity passports” to anyone who passes. (You know, like Contagion.)

Of course, to make that case, he ignores the fact that scientist continually say we know very little about this novel (i.e., completely new and never seen before) virus. Some researchers say antibodies could dissipate in as little as two months. Most admit that we’re still learning a lot about SARS-CoV-2, and to assume we can understand anything about it based on how previously studied viruses act is dangerously reckless.

But Dolan thinks he knows better. He sees the potential concert serving “as an example of how we can resume our lives and stay safe.” He adds, “Fast-response testing and prescreened customers that do not need to distance are options to explore and test. We must have the will and desire to do so.”

There are some “altruistic” aspects of Dolan’s plans, such as opening floor seating to the event to first responders and essential workers for free, and providing antibody testing data to health agencies. But so much of the op-ed reads like the science-denying claptrap of people putting economy over health. “Our governments need to understand that the health of the city is not just measured by empty hospital beds,” he writes. “When we finally lift restrictions, how much of New York City will be left?” And if we lift restrictions too soon and stick a bunch of people in a 20,800-capacity venue, how many will be left?

Dolan concludes the op-ed by saying,

“New York is the greatest city in the world. There is much we can do to avoid the worst outcome to this crisis. We need to be creative, enterprising and open-minded. We came back from 9/11. We can come back from coronavirus.”

Dolan is alluding to The Concert for New York City, a 9/11 benefit concert held in 2001. Comparing a tragic but single-day terrorist attack to an ongoing health crisis is not exactly apples to apples. And if you really want to do as much as you can to minimize the damage of the crisis, start by wearing a damned mask.

Health experts have long held that mass concert events likely won’t be able to safely return until 2021. A radio station and promoter in Wisconsin is preparing to laugh at that warning with a three-day outdoor festival at the Q&Z Expo Center in July. However, they’ve dropped the name “Herd Immunity Fest” and lost some booked bands after receiving backlash.