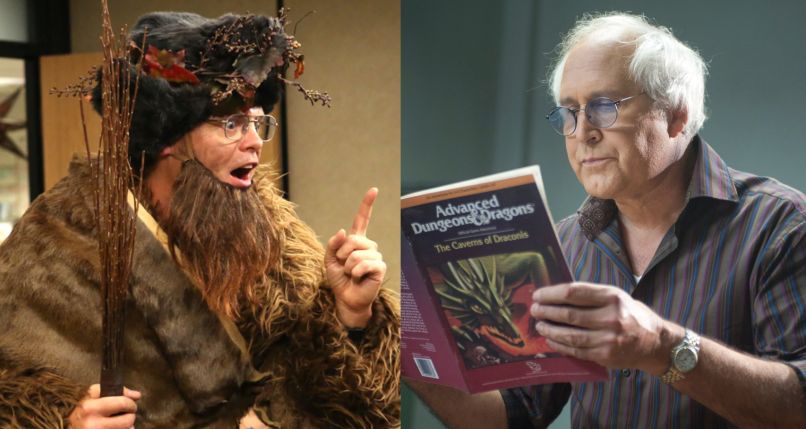 The Office (NBC) and Community (NBC)

Two more beloved NBC comedies — The Office and Community — are either removing or altering episodes due to blackface.

For The Office, the scene in question appears in the Season 9 episode, “Dwight Christmas”, which originally aired on December 6th, 2012. The moment occurs as Rainn Wilson’s Dwight Schrute is portraying the German Christmas folklore character Belsnickel. It’s revealed that Belsnickel is often accompanied by Zwarte Piet, or Black Peter, a character described as “a slave boy often portrayed in colorful pantaloons and blackface.” When his colleagues object to the concept, Dwight shoots a text to Nate (Mark Proksch). The scene cuts to Nate outside, dressed as Black Pete was described, who turns away before entering the party.

Rather than pull the episode altogether, the scene has simply been removed. Greg Daniels, who developed The Office, explained the decision in a statement:

“The Office is about a group of people trying to work together with mutual respect despite the inappropriate actions of their boss and assistant manager. The show employed satire to expose unacceptable behavior and deliver a message of inclusion. Today we cut a shot of an actor wearing blackface that was used to criticize a specific racist European practice. Blackface is unacceptable and making the point so graphically is hurtful and wrong. I am sorry for the pain that caused.”