All of a sudden we're craving onion rings... 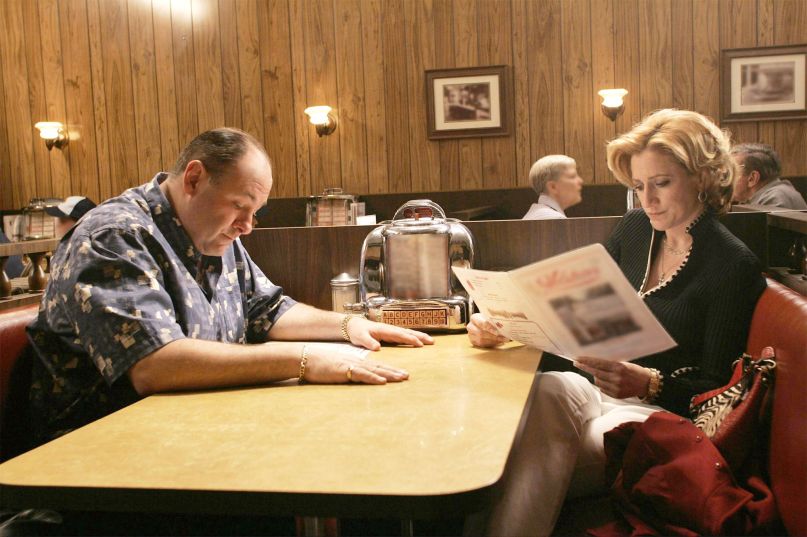 The Sopranos has been off the air for over a decade. Yet ever since Steve Perry’s pipes cut off by that now-iconic fade to black, fans have wondered, “What the hell happened to Tony Soprano?” Now, exactly 13 years to the day, we have our answer.

In a recent roundtable discussion promoting his new book, The Sopranos Sessions, creator David Chase slipped up and confirmed the fate of his legendary character, putting an end to the exhausting debate that has left fans twisting and turning forever.

But first, some context: If you recall, the series finale, “Made In America”, culminates at the real-life New Jersey diner Holsten’s, where the entire Sopranos family gathers around for a basket of onion rings. It’s a charming portrait that suggests an alternative, almost Rockwellian existence for the sordid nuclear family. (Basically, what Chase has been examining for six seasons.) All the while, there’s an eerily familiar hitman in the peripheral, only the show fades to black before anything goes down.

Oh, what the hell, just watch it again:

So, did something go down? Or was the final scene simply implying that Tony would forever be looking over his shoulders? Chase has long kept mum, and he probably would have had he not slipped up.

In the aforementioned roundtable, Sopranos Sessions co-author Alan Sepinwall asked Chase, “When you said there was an end point, you don’t mean Tony at Holsten’s [the diner], you just meant, ‘I think I have two more years’ worth of stories left in me.’”

Chase then responded, “Yes, I think I had that death scene around two years before the end … But we didn’t do that.”

Almost immediately, his other Sopranos Sessions co-author Matt Zoller Seitz acknowledged the slip up to Chase, saying: “You realize, of course, that you just referred to that as a death scene.”

Shattering his poker face, Chase punched back, “Fuck you, guys.”

And, like that, the mystery surrounding Tone has been resolved. Fortunately, there are more Sopranos stories to be told and pine over as Chase’s long-awaited prequel, The Many Saints of Newark, will hit theaters on March 12th, 2021.