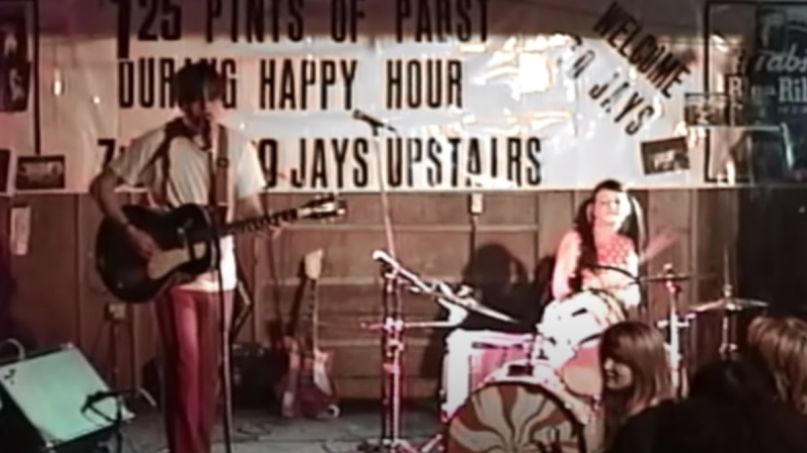 The White Stripes’ sophomore album, De Stijl, turns 20 this Saturday. To celebrate, Third Man Records is releasing a special anniversary edition of the classic LP as part of their Vault subscription service. Included amongst the collection is a DVD containing two full shows from the band’s supporting De Stijl tour. As a preview, TMR has today shared a clip from one of those performances.

The footage comes from The White Stripes’ June 15th, 2000 gig at Jay’s Upstairs in Missoula, Montana. It finds Jack White and Meg White delivering a predictably dirty, stomping rendition of Son House’s “Death Letter”. It’s sort of incredible to think how long ago this performance was, but even doubly so to watch one of the biggest rock bands of the aughts playing on a tiny bar stage for a such a thin crowd. Watch the performance below.

Packaged with an archival booklet featuring photographs, flyers, posters, hand-written lyrics, and other memorabilia from the era, the De Stijl 20th anniversary Vault reissue features 30 never-before-heard tracks. That includes a live album of The White Stripes’ New Year’s Eve 2001 concert at Detroit’s Magic Stick. The recording ends with a cover of The Velvet Underground’s “After Hours” sung by Meg White, the only time she performed the song.