It's certainly something Elijah Price would want for his collection... 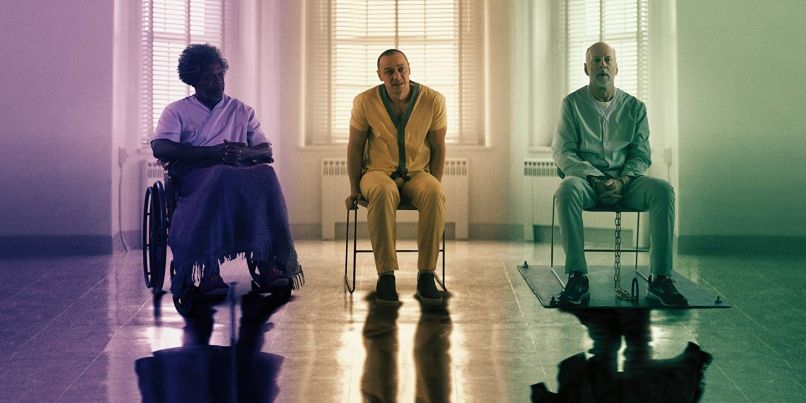 Calling all M. Night Shyamalan fans: Waxwork Records, in collaboration with Back Lot Music and Hollywood Records, has announced the debut vinyl release of the Eastrail 177 Trilogy. More specifically, James Newton Howard’s score for 2000’s Unbreakable and West Dylan Thordson’s work on both 2016’s Split and last year’s Glass will be collected in a new box set.

As you’ll see below, it’s a remarkable set, brimming with all sorts of color and imagination. It’s also appropriately sectioned off into colors with Unbreakable given its emerald hues, Split its yellowed insanity, and Glass its lush purples.

Pre-orders are currently on-going. In related news, Shyamalan’s next feature has been given a July 23rd, 2021 release date, and although we know nothing about it, the cast is superb: Thomasin McKenzie, Alex Wolff, Eliza Scanlen, Ken Leung, Abbey Lee, Nikki Amuka-Bird, and 2017 Performer of the Year Vicky Krieps.