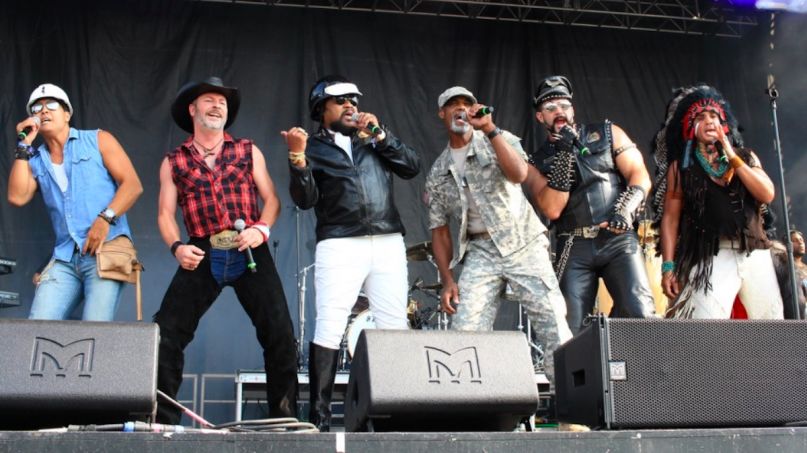 “If Trump orders the U.S. military to fire on his own citizens (on U.S. soil), Americans will rise up in such numbers outside of the White House that he might be forced out of office prior to the election. Don’t do it Mr. President!” Willis wrote on his personal Facebook. “And I ask that you no longer use any of my music at your rallies especially “Y.M.C.A.” and “Macho Man.” Sorry, but I can no longer look the other way.”

Trump has been playing “Macho Man” and “Y.M.C.A.” during his public appearances for years now, including his most recent stop at the SpaceX rocket launch alongside Vice President Mike Pence. Back in February, Willis said he was okay with Trump playing Village People songs because it was “not being used for a specific endorsement” which is “perfect[ly] legal.” However, it looks like the conversation surrounding the George Floyd protests got him to reconsider that stance.

The great irony throughout all of this, of course, is that the Village People have long been a pillar of the LGBTQ+ community, with “Macho Man” in particular being embraced as one of the biggest hits from the queer community’s disco era. Trump always looks proud to putz around with this single blaring in the background, either because he falsely views himself as being physically strong or because he thinks it establishes rapport with his LGBTQ+ supporters. That’s where the obvious disconnect lays: Trump trivializes LGBTQ+ issues, he banned trans people from enrolling in the military, and he picked a Vice President who infamously supports conversion therapy.

Following Floyd’s death, everyone from Kendrick Lamar to Fiona Apple has been marching across the US to protest police brutality and racial inequality. As we near the two-week mark of such, it’s becoming incredibly clear that Americans want to see the system change, hence why artists are taking rubber bullets to the leg, hacking police scanners to blast N.W.A.’s “Fuck Tha Police”, donating millions to anti-racist organizations, reflecting on the reality of unconscious racism, and calling out our white supremacist in chief.