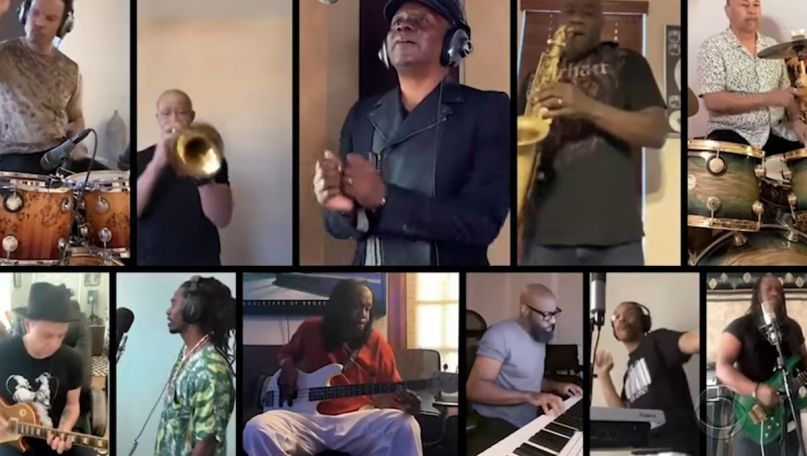 Earth, Wind & Fire brought a warm dose of ’70s R&B to the Late Show with Stephen Colbert on Monday.

The legendary outfit performed a socially distanced version of “Devotion”, taken from their 1974 album Open Our Eyes. The choice in song was more than fitting, considering it must have taken considerable “devotion” — and plenty of rehearsals time — to coordinate all 11 band members. Their efforts paid off in the end, as this at-home quarantine version sounded smooth as ever.

Replay it all down below. Purchase Open Our Eyes here.

Earth, Wind & Fire recently participated in that all-star tribute concert to Prince that aired on CBS, alongside Sheila E., Foo Fighters, Mavis Staples, and St. Vincent. Their “Miraculous Supernatural Tour” with Santana, originally set for this summer, is currently being rescheduled for 2021.

Like many musicians, the group has also been active on social media in the wake of George Floyd’s murder and the Black Lives Matter protests. Earth, Wind & Fire have signed a request to repeal 50-A, a New York statute that allows for police officers’ disciplinary records to be kept hidden from the public; Rihanna, Billie Eilish, Ariana Grande, and Meek Mill have also backed this same petition.