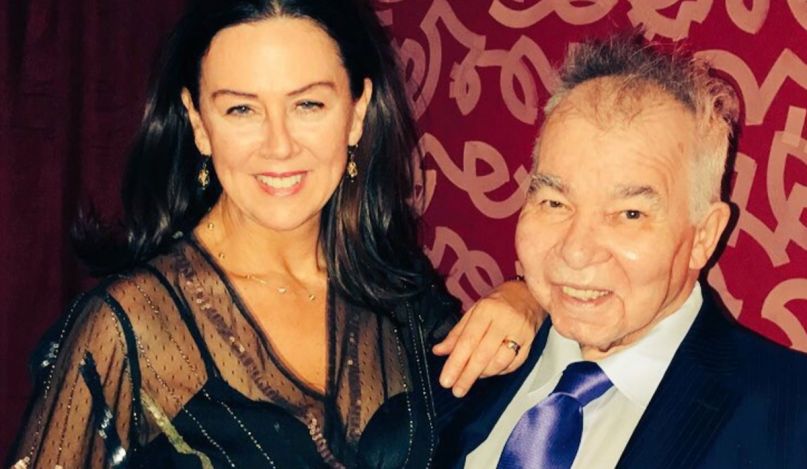 This Thursday, the family of John Prine will present a star-studded tribute livestream called “Picture Show”. The event will feature the debut of a previously unreleased Prine song, as well as appearances from Sturgill Simpson, Kacey Musgraves, Jason Isbell, and more. In a new interview on CBS This Morning, Prine’s widow, Fiona Whelan Prine, spoke about Prine’s final hours, how she’s coping with his death, and what to expect from tomorrow’s virtual event.

Since meeting in Dublin in 1988, Prine and Whelan Prine have been inseparable. The couple also served as strength for one another during the darkest times, including Prine’s two separate battles with cancer. Still, nothing could have prepared the pair for COVID-19, which ultimately took Prine’s life in April.

Whelan Prine said that it was shortly after her own recovery from coronavirus that Prine fell seriously ill with symptoms. “I took him to the ER — I had to leave him at the door. That was one of the hardest things I’ve ever done,” she recalled to co-host Anthony Mason. “I have never not been with him through an illness.”

According to her, she was only allowed to visit her husband once — the day that his condition took a turn for the worse. It also happened to be day of their wedding anniversary. “I honestly wanted to throw up,” Whelan Prine said the day she received that fateful call from his doctor.

She then spent 17 hours by his bedside, talking to the 73-year-old Prine though he was unconscious. “I got to tell him everything I had ever wanted to tell him,” remembered Whelan Prine. Unfortunately, the couple’s three sons never got a chance to properly say goodbye to their father.

Two months after Prine’s passing, his widow said her grief has brought her to “unchartered territory.” However, she’s hopeful she will weather this mournful period. “I have the resilience muscle which is a little exhausted right now. But I’m gonna be okay,” Whelan Prine told CBS This Morning. “John left me a lot — a lot of memories, music, cars.”

Working on the Prine livestream tribute has helped lift her spirits lately. “It’s been difficult at times, but it’s also been a great distraction,” she said of organizing the livestream concert.

According to Whelan Prine, in addition to the unreleased song on Thursday, fans can expect more posthumous Prine material — possibly a full album, as he’d been working on one shortly before his death.