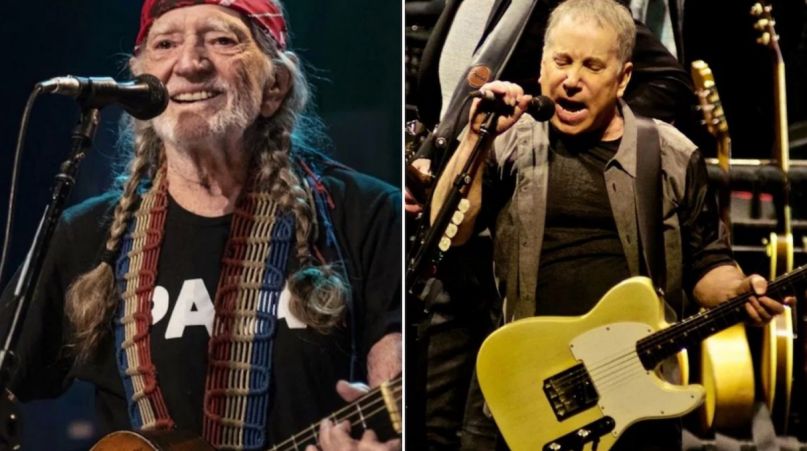 Willie Nelson and Paul Simon are teaming up to host a star-studded livestream concert supporting the city of Austin. Aptly titled “A Night for Austin”, it’s scheduled to take place on June 10th at 8 p.m. CDT, and proceeds will benefit local “businesses and individuals in need of necessary aid,” according to the announcement.

“A Night for Austin” is being presented by Nelson’s own Luck Reunion in partnership with the Austin Community Foundation. In an Instagram post about the benefit concert, Luck Reunion wrote that they “stand firmly against all forms of racism and hate,” acknowledging the “current upheaval in our country.” They pledged to donate 100% of the proceeds to Austin-area organizations like the Central Texas Food Bank and MusiCares.

The livestream will be available to watch at ANightForAustin.com. Throughout the evening, viewers will be encouraged to donate via a provided link; fans can also send funds through the stream’s donation page.

Check out the full lineup below.

The teams behind A Night For Austin stand firmly against all forms of racism and hate, and wish to emphasize their full acknowledgment and sincere heartbreak over the current upheaval in our country, and across the world. Cities and towns across our country have suffered devastating financial losses due to the global pandemic, Austin being one of many. With the events of the past week weighing heavy on our hearts, we feel compelled as a music community to continue to help and support those in need and bring people together in an effort to rebuild. Several weeks ago we were brought together by @paulsimonofficial @ediebrickellofficial and @willienelsonofficial to assemble an event focused on supporting Austin, Texas as a whole. A Night For Austin is a music benefit supporting the Austin Community Foundation fund which is focused on Austin’s businesses and individuals in need of necessary aid. 100% of the proceeds from the program will go toward @atxcommunityfdn and the fund’s beneficiaries @musicares, @redriverculturaldistrict, @sixsquareatx, @HAAM, @ctxfoodbank, @southernsmoketx, and @peoplefund Please join us in support of our beloved Austin on June 10 for a live streaming event honoring the people and places keeping the Live Music Capital alive by supporting artists who count. Now it’s our turn to help them. Donate at anightforaustin.com/donate or via our bio. See you there.