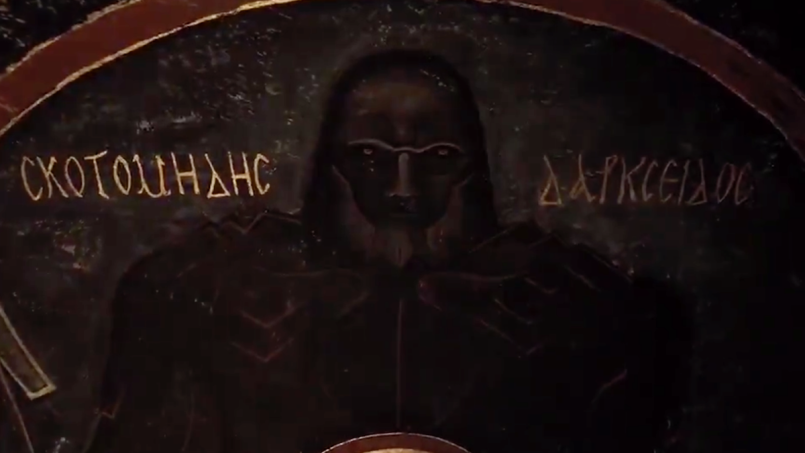 Get aboard the hype train: Filmmaker Zack Snyder has shared the first teaser footage from the upcoming Justice League Director’s Cut.

The 30-second clip doesn’t reveal much, but it again highlights the fact that we’ll be seeing the DC Extended Universe’s big bad, Darkseid. With Lex Luthor’s (Jesse Eisenberg) “the bell’s been rung” speech from Batman v. Superman: Dawn of Justice playing as a voiceover, a plain-clothed Wonder Woman (Gal Gadot) comes across a fresco on the walls of some sort of temple. As the camera pans up, it’s revealed that she’s looking at the visage of the Dark God Lord of Apokolips himself.

Smash cut to what looks like the planet Apokolips, where warships settle behind an imposing Darkseid (Ray Porter). The footage of the villain is the source of the still Snyder revealed last month. Check out the clip below.

After years of fan pressure, Warner Bros. announced back in May that they were giving Snyder a reported $20-$30 million (though there are rumors of more) to finish his vision of Justice League. The project will go through extensive post-production work, but there won’t be any reshoots. Still, the actors may be called upon to add ADR for new dialogue. Zack Snyder’s Justice League is set to debut on HBO Max sometime in 2021.

But we won’t have to wait that long for more glimpses of the highly anticipated director’s cut. In revealing the sneak peek, Snyder teased fans to “get ready for more” at the upcoming DC FanDome, a free virtual event promising big news from the DCEU’s extensive list of properties. The event will stream on August 22nd at 1:00 p.m. ET/10:00 a.m. PT at the DC FanDome website. The annual San Diego Comic-Con will host a similar digital event, Comic-Con@Home, from July 22nd through the 26th.

I'll see you in the Dome. pic.twitter.com/LSNs7FjZ5W