30 Rock Reunion Special: How to Watch, Premiere Time, and Everything You Need to Know

The gang gets back together for a strangely meta scripted special 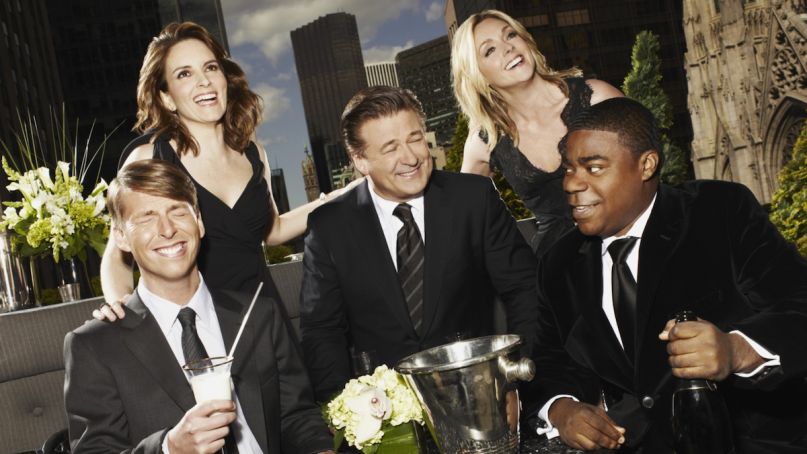 On Thursday, July 16th, the cast of 30 Rock are reuniting for a one-time-only scripted special. It’s debuting on NBC, which you can watch with a free 7-day trial of Hulu + Live TV.

It’s been seven years since the hit sitcom concluded its seven-season, 138-episode run in January of 2013. Now, like its sister NBC program Parks and Recreation, the beloved comedy is heading back to the air for a purpose-driven reunion special. While the Parks and Recs crew re-teamed to support Feeding America’s COVID-19 Response Fund, the 30 Rock-ers have gotten back together for a far more corporate purpose — which, given the very nature of the show itself, makes it a perfectly meta exercise in corporate synergy.


So, why exactly have the doors to Studio 6H been reopened, and how can you watch it all unfold? Read on for all the details.

How Can I Watch the 30 Rock Reunion Special?

The hour-long special will be broadcast on NBC, but many of the network’s nationwide affiliates have opted out of airing it, potentially leaving half the country without a chance to see it. That means if you don’t have cable, your best option for viewing the 30 Rock reunion is with a Hulu + Live TV subscription, and you can sign up for a free 7-day trial of the service now!

The special will be rebroadcast on July 17th via USA, Bravo, E!, Oxygen, Syfy and CNBC, and will debut on NBC’s new ad-supported streaming service Peacock that same day.

When Does It Premiere?

What Is the 30 Rock Reunion About?

The conceit of the 30 Rock reunion is that Kenneth Parcell, left as head of NBC following the series’ finale, must call on his friends Liz Lemon, Jack Donaghy, and the TGS cast to help him with an advertising presentation. In the meta reality, however, the special is a vehicle for NBC to push Peacock and its upcoming new programming.

The whole purpose behind the special is a replacement for NBC’s Upfront presentation. Typically, networks put on large previews of new content for advertisers and journalists during spring events in New York City. Because of the COVID-19 pandemic, those events were all called off, leaving networks pressured to find ways to sell advertisers on their programs. NBC will also use the reunion to promote Peacock, which launched on Wednesday and features the entire 30 Rock catalog (minus the four episodes that were removed for featuring blackface).

That’s actually why so many affiliates have opted out of showing the special. The stations were already upset that late night programming like Jimmy Fallon and Seth Meyers would debut on Peacock ahead of their broadcasts, so airing a show that specifically publicized the streaming platform understandably lacked appeal.

Who Is in the 30 Rock Reunion?

A teaser trailer for the one-time special shows that it was filmed like an actual sit-com, as opposed to the video chat recordings of many corona-era reunions such as Parks and Rec. The preview doesn’t seem to show any of the characters interacting, however, which begs the question of how socially distant the performances will be.

Check out the preview below.