The singer-songwriter's eighth album cuts away the pop scaffolding for dark, dreamy contemplation 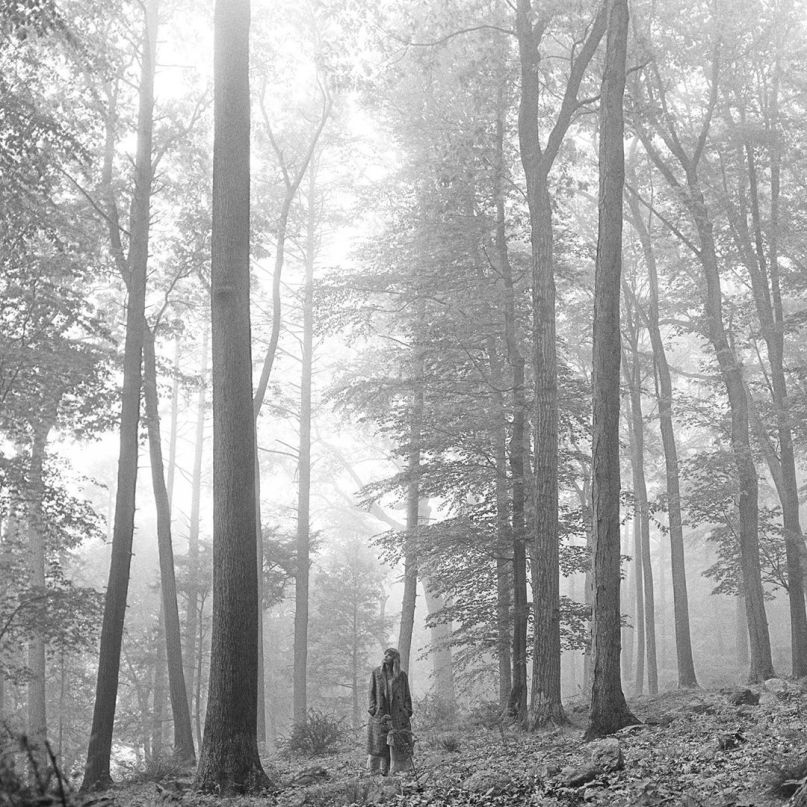 The Lowdown: Born of isolation, Taylor Swift’s eighth album, folklore, interrogates the pop star’s self-mythologizing and turns her gaze outward. Created during the ongoing pandemic, Swift collaborated remotely on 11 songs with Aaron Dessner of The National, who shared orchestrations composed inside his own quarantine. The results lean toward modern folk and glitchy experimentation, abandoning pop bombast but not the drama of swelling strings or anxious percussion. The accompanying visuals depict a gloomy summer, and listeners can imagine Swift watching storms barrel across the Atlantic horizon and wandering old-growth forests in half-done braids, alone or with a companion socially distanced beyond the frame. Dropped on 24 hours’ notice without her typically painstaking roll-out, the 16 moody songs delve into “fantasy, history, memory” and find Swift roaming her past loves with fresh, if tired, eyes — but also writing complex fictional scenes beyond her own experience. From a lyrical standpoint, it’s arguably Swift’s most contemplative, ambivalent, and expansive work yet.

The Good: While 2019’s Lover tried to please everyone with a wide range of half-baked genre parodies, folklore sounds like an entire album sprung from “The Archer”, the previous record’s most self-aware, unresolved, and memorable track. There are no pop-radio bangers here, but once I stopped howling “CRUEL SUMMER should’ve been a single!!,” folklore’s melodies and choruses ribboned into my ears and got tangled with my own memories.

Dessner’s influence is palpable, and his orchestration is consistently gorgeous — an unexpected tone to which Swift responds deftly. Jack Antonoff, Swift’s friend and longtime producer/co-writer, also worked on the record; though still distinctive, Antonoff clearly follows the cloud-covered path set by Swift and Dessner. Swift duets with Bon Iver’s Justin Vernon on “exile” to elegant effect; the song acts as a contrapuntal of a dissolving romance, the two voices alternating while remaining separate, harmonizing only with themselves. Like most of these songs, “exile” marks maturity: The lyrics are clever but restrained, and the emotions are not only high-pitched but possess complex, shifting depths.

This album fits comfortably among what I’ve been spinning this summer: Jamila Woods’ LEGACY! LEGACY!, Waxahatchee’s Saint Cloud, and HAIM’s Women in Music Pt. III — albums full of momentum, contemplation, push-and-pull in equal measure. Swift signals growth both personal and creative throughout folklore. Superficially, perhaps, she drops the F-bomb twice — a transgression against “radio-” and “family-friendly” that she’s never dared before. The first line of album opener “the 1” is “I’m doin’ good, I’m on some new shit” — even as she explicitly passes her hand through an old flame. It’s that self-awareness and willingness to both hold herself responsible and forgive that set these songs apart. “mirrorball” sounds like lost Jimmy Eat World jangle-pop laced with melancholy pedal steel and builds to a stunning bridge where Swift admits: “I’ve never been a natural/ All I do is try, try, try … I’m still trying everything to keep you looking at me.” Swift has never sounded so honest, and the scrim between her interiority and position as global pop powerhouse has never been so transparent.

Though Swift dons rose-colored lenses for even the darkest heartaches, her perspective at 30 has made her lyricism even more piercing. “I hit my peak at seven,” she sings on a wistful track about a lifelong friendship. “I was too scared to jump in, but I was high … Are there still beautiful things?” On album standout “invisible string”, Swift sings, “Cold was the steel of my ax to grind/ For the boys who broke my heart/ Now I send their babies presents.” She’s so often dealt in retro tropes of riding in cars with and borrowing sweaters from crushes (and that’s still present here), but this banality is fresh and hits harder. In the same song, she credits destiny with uniting her and her true love, but subtly undercuts the cliché — “isn’t it just so pretty to think/ All along there was some/ Invisible string/ Tying you to me?” She understands the myth-making required of every romantic love — and the constant retelling if that love lasts.

Until now, Swift has been an excellent narrator of the dramas of young love, big friendship, and staying true to a certain narrow-minded integrity. She has been America’s favorite crazy white girl, setting fire to the love letters and reputations of those who wronged her or erecting pedestals to her current squad or lover. But the only notably pointed finger on folklore comes through “mad woman” (much improved over the pseudo-feminist gloss of “The Man”). Swift seems to have realized that the pain of growing up often comes down to how we navigate the tension between expectations and reality — of our relationships, achievements and setbacks, and our choices.

From that calm, Swift’s imagination expands, and she’s consciously trying to write from perspectives not her own, including eccentric heiress Rebekah Harkness in “the last great American dynasty” and a lightly vindictive corpse in “my tears ricochet” (singing, “I can go anywhere I want, just not home”).

The Bad: Sometimes Swift still seems caught in the mechanism of her own massive professional apparatus. The album’s promotional Instagram filter is a “glittery sepia-tone,” which feels a bit tone-deaf, and the self-styled portraits of Swift appear to reference a glamorous mid-century sad girl a la Sylvia Plath.

On occasion, Swift can’t resist the pop-culture tropes embedded in her psyche: “illicit affairs” seems cribbed directly from a Sex and the City episode, and the teenage love-triangle series (“cardigan”, “august”, “betty”) evokes any number of late-2000s CW soaps. Yet, the restraint exhibited here, and lines like “meet me behind the mall” and “you can’t believe a word she says/ Most times/ But this time it was true” effectively refresh the clichés yet again.

“epiphany” seems to try to connect periods of global and American crisis, from World War II to COVID-19. While there are a few standout lines — “hold your hand through plastic now” — the ideas are muddled. You can hear the impulse to speak more broadly about the world beyond her walls, but she hasn’t quite figured out what to say yet. Perhaps that’s next.

The Verdict: On folklore, Swift has come of age, emotionally and sonically, and proven herself — not that she needed to — as not only an exceptionally autonomous auteur but a nimble collaborator with an ever-broadening palate.

We live in an era when Americans are examining and dismantling national myths on a grand scale. Swift, too, is expanding her perspective yet starting at home, evaluating ongoing struggles, failures, and choices, weaving larger themes into her well-worn tapestries of bittersweet, young love. The songs of folklore show Swift piercing holes in her own narrative and persona and seem to ask: What’s the account we give to ourselves and to others? Can we look more closely? Can we change the story and survive?

Listen to folklore in high-fidelity or Masters quality with a 60-day free trial of TIDAL HiFi.