The Psychedelic Furs’ Made of Rain Is a Confident, Trippy, and Wonderful Comeback: Review 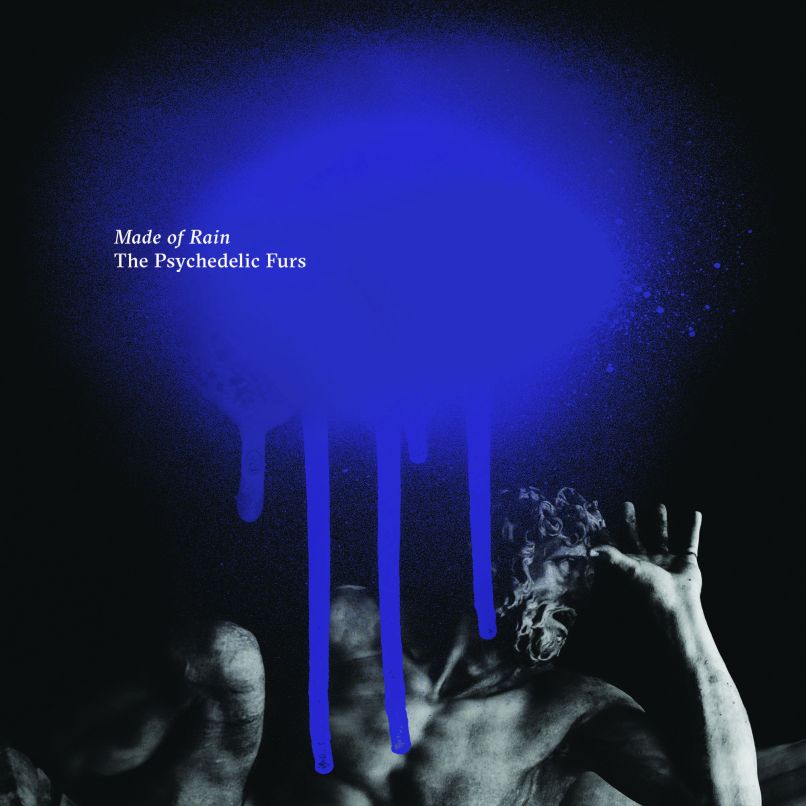 The Lowdown: Few British post-punk/new wave acts made as big a splash in the 1980s as The Psychedelic Furs. Led by the illustrious vocals and bass playing, respectively, of bothers Richard and Tim Butler — and with tracks such as “Pretty in Pink”, “Heaven”, and “Love My Way” becoming huge hits — the group was as much a part of that zeitgeist as any of their genre peers. Sadly, they went on hiatus following the release of 1991’s World Outside, and although the pair continued to create with Love Spit Love prior to a Furs live reunion at the turn of the millennium, fans have been clamoring for a proper new record for nearly three whole decades. Thankfully, it’s finally arrived, and it’s as exhilarating and charming a return as anyone could’ve wanted.

Joining the main duo this time around are former saxophonist Mars Williams and drummer Paul Garisto, as well as two studio newcomers: keyboardist Amanda Kramer and guitarist Rich Good. Plus, it’s produced by Richard Fortus, who was also in Love Spit Love (as well as Guns N’ Roses and Thin Lizzy). In the album’s official press release, Richard Butler explains that initially, both the band and the audience were happy simply experiencing the classic material in concert; eventually, though, the group started to feel “like a jukebox” without any renewed creative outlet. He adds, “It got to this point where we felt we had to make a new record; we needed new songs to get into.” Typically inclined toward dark humor, “the melancholic,” and “anger,” he looked to Brendan Kennelly’s 1999 book-length poem, “The Man Made of Rain”, for further inspiration. The result, Made of Rain, is a luscious, snarky, and thoroughly compelling homecoming that also oozes present-day relevance.

The Good: Primarily, the instrumentation and production, which is continuously dense, vibrant, and hypnotic. Opener “The Boy Who Invented Rock & Roll” is perhaps the chief example of this, as its persistent cascade of freaked-out horns, wavering guitar distortion, and tight percussion leads to a sonic acid trip that’s magnificent, dramatic, and perilous, but somehow comforting, too. Its subdued, jazzy respite near the end is a nice, dynamic touch as well, cementing it as a highly inventive track for any modern rock band (let alone one that’s returning after a 30-year studio absence). By and large, the rest of the LP maintains that aesthetic — with subtle distinctions in each piece, such as the folk-rock longing of “Wrong Train,” the majestic symphonies of “Ash Wednesday”, and the, well, industrial psychedelic collages of “Come All Ye Faithful” — so it all flows like a single expansive statement.

Both melodically and lyrically, Butler has lost none of his endearing idiosyncrasies, either. It’s truly remarkable how much he sounds like he did in the 1980s, be it via gritty, regal dominance (“You’ll Be Mine”), bittersweet desire (“This’ll Never Be Like Love”), or panicked defiance (“Don’t Believe”). For sure, these are some of the catchiest and most ambitious tunes the Furs ever cut. Likewise, the songwriting is typically poetic yet piercing, culminating in vivid imagery (“A bag of tears where love is gone/ The darling days, a siren song”), subtly humorous self-deprecation (“A wife that hates me/ So does her boyfriend”), and everything in-between. Thus, every composition is immediately satisfying while also rewarding — if not demanding –deeper examinations.

The Bad: Because the sequence is unified beneath such a specific palette — which is still more of a benefit than a detriment — some of the material can’t help but blend together rather than feel sufficiently individualized. That proclivity, coupled with a few occasions of the arrangements outshining everything else, means that tracks like “You’ll Be Mine”, “Ash Wednesday”, and “Tiny Hands” are slightly underwhelming from a songwriting standpoint. They’re still extremely enjoyable, but they wouldn’t survive as well as the others if stripped down to their essence.

The Verdict: Those gripes are admittedly very subjective and nit-picky, as Made of Rain is, in every way, far better than it has any right to be. Rarely does a classic band come back after so long with this much artistic merit, let alone the ability to recapture the performance quality of their heyday. Indeed, The Psychedelic Furs don’t skip a beat bringing back everything that devotees adore amidst tapping into enough current techniques and mindsets to feel fresh. As such, they prove that a vintage band can still produce something so praiseworthy and pertinent that it surpasses the output of many newer stylistic siblings.

Essential Tracks: “The Boy Who Invented Rock & Roll”, “Wrong Train”, and “No One”

Pre-order Made of Rain here, or pick up the album here.

Listen to Made of Rain in high-fidelity or Masters quality with a 60-day free trial of TIDAL HiFi.