Trebek is set to publish his memoir next week 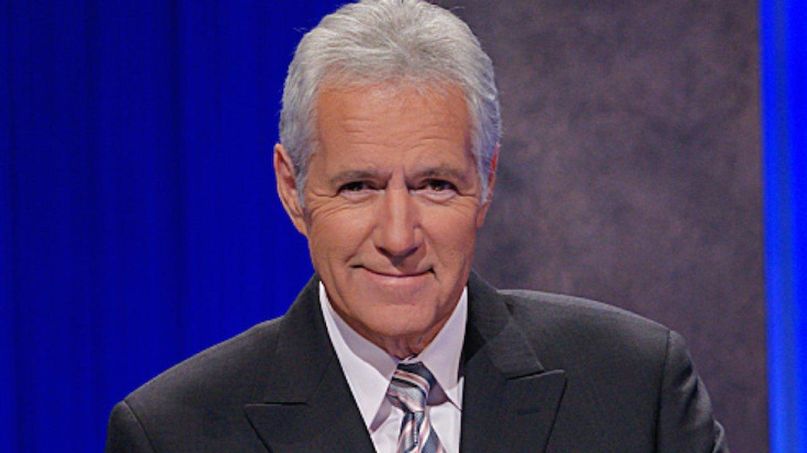 Next Tuesday brings the release of Alex Trebek’s new memoir, The Answer Is… Reflections on My Life. As The New York Times reveals in a new profile on the Jeopardy! host, the book provides a few humorous personal andecdotes about the notoriously private television personality. Chief among them: Trebek unknowingly ate four or five hash brownies at a party in Malibu and woke up at the host’s house three days later.

Trebek has actually shared the story in the before, such as in a 2015 interview with Howard Stern. “I went to this party in Malibu [in the 1970s], and they had hash brownies,” Trebek recounted at the time. “I love chocolate, and I ate four or five hash brownies. The party was on a Friday night, I didn’t leave their home until Monday morning. No exaggeration!”


Trebek also acknowledged that he smoked pot as a potential cure for arthritis, and said he once tried cocaine but didn’t like how it burned his nose. In the later years of his life, his primary vice became a Snickers bars and diet Pepsi, which he consumed each morning for breakfast. “I ran into a nutritionist who said, ‘Oh, Alex that’s terrible! You’ve got to be eating better than that at the start of the day.’ So I changed. I stopped eating Snickers and Diet Pepsi and I replaced them with Milky Ways and Diet Cokes,” he quipped in another past interview.

In the book, Trebek also reveals that he swears a lot, has a half a brother he didn’t know about until he was in his 40s, and says his favorite drink is low-fat milk, according to The Times.

Elsewhere in the profile, Trebek, who has been diagnosed with stage 4 pancreatic cancer, provided an update on his health. He said after receiving some encouraging news from his doctors last year, his prognosis has worsened. He’s decided that if his current course of treatment fails, he’ll stop receiving treatment altogether.

“Yesterday morning my wife came to me and said, ‘How are you feeling?’ And I said, ‘I feel like I want to die.’ It was that bad,” he told The Times. “There comes a time where you have to make a decision as to whether you want to continue with such a low quality of life, or whether you want to just ease yourself into the next level. It doesn’t bother me in the least.”

Trebek said he plans to continue taping Jeopardy! as long as it remains a “quality program,” adding, “When I start slipping, I’ll stop hosting.” For now, he credits the show for providing him with a sort-of pick-me-up: “Oddly enough, when we started taping I suddenly started to regain my strength. It’s the strangest thing. It is some kind of an elixir.”

The Answer Is… officially arrives on Tuesday, July 21st, and you can purchase your copy here.

In related news, starting on July 20th, Jeopardy! will air a four-week retrospective of classic episodes. Trebek recently released a “Summer Update” video to promote these episodes and offer an update on his health. You can watch it below.