Almost Famous Cast Gets Back on the Bus in New Oral History Podcast: Stream

For the 20th anniversary of the backstage classic 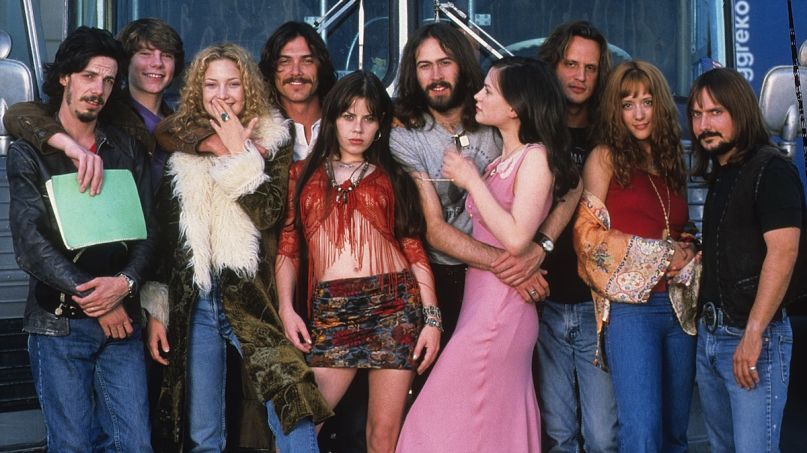 Hey all you Golden Gods, get ready to hop back on the bus for another tour of Cameron Crowe’s Almost Famous. With the film’s 20th anniversary fast approaching, James Andrew Miller has interviewed the cast and crew for his oral history podcast, Origins. All five episodes dropped today, and like a journalistic Russian nesting doll, they include an intimate backstage peek at one of the great backstage stories of our time.

Almost Famous was loosely based on Crowe’s experience as a young, perhaps unqualified, but certainly enthusiastic reporter for Rolling Stone. After touring with real life bands like Led Zeppelin and the Eagles, Crowe wrote and directed a coming-of-age tale about a boy journo and his adventures following the fictional group Stillwater. It garnered a slew of award nominations, taking home an Oscar for Crowe’s writing and a Grammy for the movie soundtrack.

Miller is no stranger to cultural landmarks, having previously pointed his Origins microphone at the movers and shakers behind Sex and the City, Curb Your Enthusiasm, Saturday Night Live, and ESPN. For Almost Famous, he’s reassembled representatives of the cast and crew, including Crowe himself, Kate Hudson, Billy Crudup, Frances McDormand, Jason Lee, Patrick Fugit, Zooey Deschanel, Jimmy Fallon, and Peter Frampton. Also joining the conversation is Nancy Wilson from the band Heart, who along with Frampton wrote the film’s original music.

The podcast is full of insights, and it’s gratifying to hear that the movie means as much to its creators as it does to its fans. In episode one, Hudson speaks about how landing the role of Penny Lane changed her life, saying “I probably don’t go a week without someone telling me what Penny Lane is to them, what Almost Famous is to them.”

The actress turned 40 last year, and the experience caused her to reflect on where she’s been and when she’s been happiest:

“Almost Famous, that happening in my life, was like, ‘All right, your twenties are going to be insane, thanks to Almost Famous.’ And so for two decades, my life has sort of exploded. And then I look back, and as I’m sitting in my therapist’s office, I’m going, ‘I just — I’m feeling like — I’m forty, and I just wanna —  I just –‘, and my therapist goes, ‘You wanna get back on the bus with Stillwater?’ And I was like, ‘Yes! I wanna go back on the bus! I wanna go back on the bus! You’re right, that’s exactly what I want.'”

You can stream to the series now, and if you’re looking for more fine audio content, be sure to check out the Consequence Podcast Network.

Last fall, a musical based on Almost Famous premiered in San Diego, and it’s probably coming to Broadway whenever live performances return.