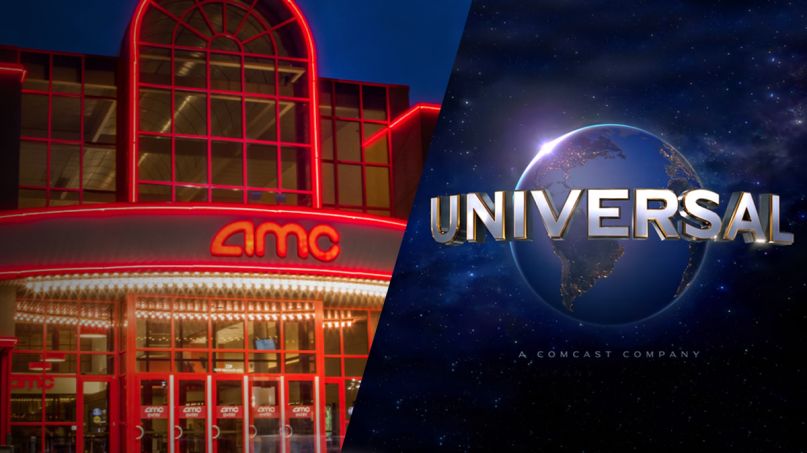 The United States’ inability to effectively combat the coronavirus pandemic is already forcing lasting changes in the entertainment industry. The latest stems out of a new deal between AMC Theaters and Universal Pictures, which will see the theatrical exclusivity for newly released movies reduced to just 17 days.

As The Hollywood Reporter reports, the deal only applies to AMC’s US locations, but covers releases from both Universal and Focus Features. After a 17-day period that must include three separate weekends, the studios will have the option to make their movies available as video on demand rentals. While details are largely being kept undisclosed, it appears AMC will receive a revenue share from the VOD streaming.

This marks a huge about-face for AMC, which had frequently threatened to boycott studios that chose to circumnavigated the longstanding three-month theatrical exclusivity policy. Along with Regal, AMC initially said it would refuse to screen Universal productions after the studio released Trolls: World Tour straight to VOD back in April. However, with the VOD debut proving a massive financial success and theaters’ continually moving the goalpost for a reopening as they fall deeper into the red, the world’s largest cinema chain may have been left with little choice.

Beyond creating an outline for how exhibitors and studios may approach business as the pandemic drags on, the pact is likely to set standards for the future of films writ large. Though specifics are scare, the deal is said to stretch multiple years, signaling what could become a new standard for Hollywood.

In a joint statement, AMC and Universal expressed a “shared commitment to a mutually beneficial long-term partnership that is focused on serving consumers worldwide, while preserving and enhancing the theatrical experience.” Added AMC CEO Adam Aron,

“AMC enthusiastically embraces this new industry model both because we are participating in the entirety of the economics of the new structure, and because premium video on demand creates the added potential for increased movie studio profitability, which should in turn lead to the green-lighting of more theatrical movies. This multi-year agreement preserves exclusivity for theatrical viewing for at least the first three weekends of a film’s release, during which time a considerable majority of a movie’s theatrical box office revenue typically is generated.”

The hope is that the new deal will secure sustainable revenue streams for both the studio and the cinema chain, while also servicing the changing needs of consumers and “preserving and enhancing the theatrical experience.” The companies will next negotiate an agreement for AMC locations in Europe in the Middle East; surely it won’t be long before other studios and exhibitors follow suit.

Editor’s Note: Whenever we do go back to the theater, we’ll most certainly need to be wearing face masks. Why not pick up some exclusive, stylish, pop culture coverings from the Consequence of Sound merch store? Everything, including our custom T-shirts, is buy one, get one 50% off until July 31st, with proceeds supporting our independent media company as well as the MusiCares COVID-19 Relief Fund.